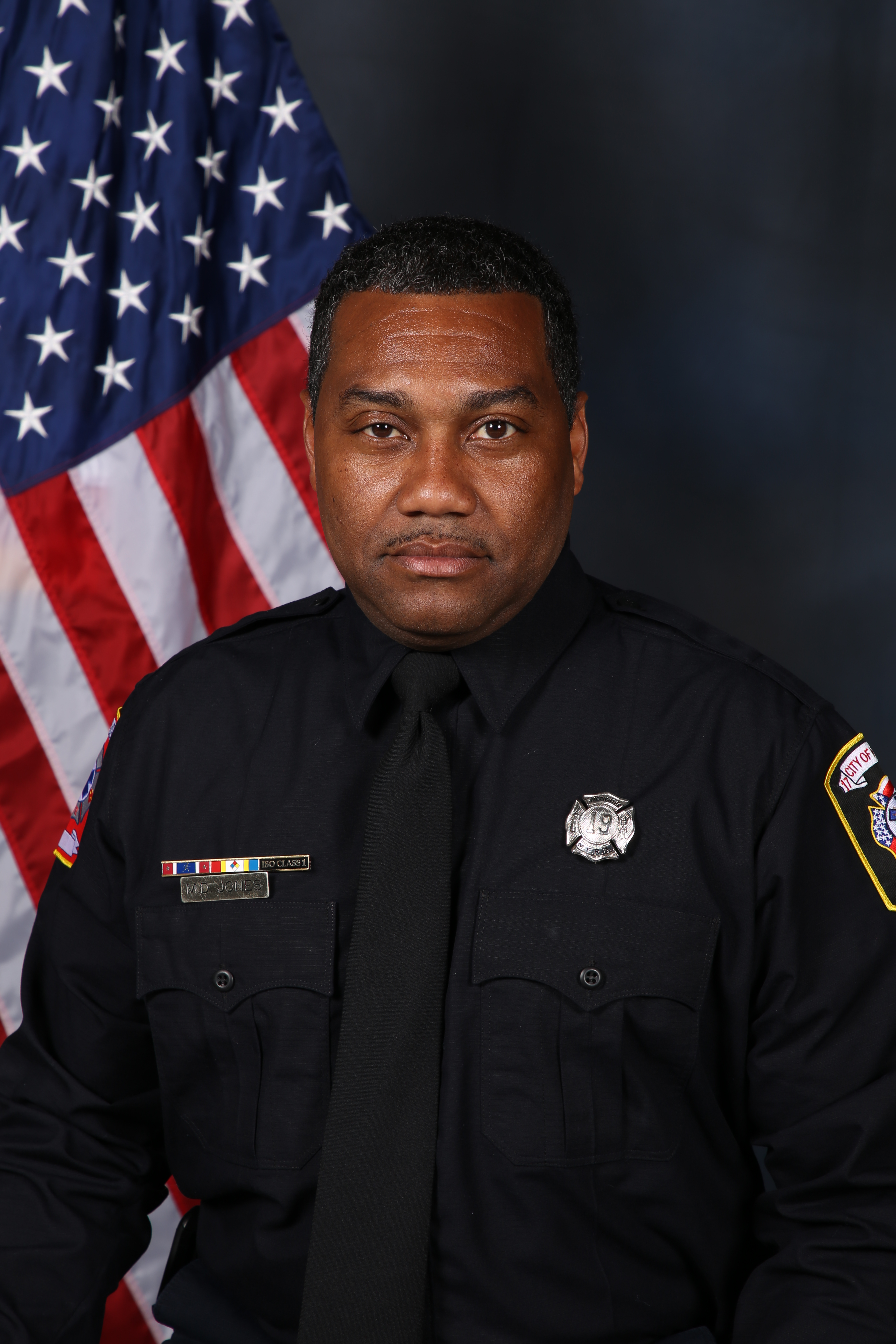 Driver Jones consistently demonstrates leadership skills and performs his role in a constructive and professional manner. Driver Jones currently serves as the Fire & Life Safety Specialist under the Community Risk Reduction (CRR) Division. Since being assigned to CRR in December of 2019, Driver Jones has embraced the task of distribution and installation of smoke alarms into citizens’ homes.

On August 11, 2021, Driver Jones and Firefighter Martin DeMouy installed smoke alarms in a home on Nantucket Circle, which previously did not have any home fire protection devices. On January 9, 2022, Engine 19 was dispatched to this address and found that the homeowner had a stove fire. The homeowner stated that her husband turned their stove on to clean the oven. “He was not aware there was a sheet pan containing leftover bacon grease still in the oven. I was in another part of the house when I heard the smoke alarms going off,” stated the homeowner.

She continued, “I opened the door and saw the whole house was engulfed in dark smoke and could hear my husband coughing while trying to locate the fire extinguisher. He managed to find it in the garage as we heard Mobile Fire-Rescue sirens pull into the cul-de-sac. If it had not been for the smoke alarms, our entire house and lives would have been lost. Thank you so much for this program. It truly saves lives.”

In 2021, Driver Markell Jones assisted with the installation of approximately 3,000 smoke alarms in Mobile residences. He is not just a great asset to the Community Risk Reduction Division, but he has also demonstrated skills that have directly saved the lives of the citizens of Mobile.