October Firefighter of the Month:

On Sunday, August 12, 2018, at approximately 5:30 pm, Fire Service Driver Jeffrey Lee and his wife, Denise, were enjoying the afternoon in their boat on the northwest side of Ono Island in Orange Beach when they noticed two personal watercraft in the distance.  There was a large plume of water that came from one of the watercraft.  Knowing that this was not normal, Driver Lee decided to investigate to see if there was any problem.

Upon his arrival, he noticed there was no one on the watercraft and then saw three individuals floating in the water.  The female called out for help.  He found an approximately 63-year-old male floating in the water unconscious with the other male struggling to hold him up.  The unconscious victim's life jacket got torn off from the impact of the two jet skis. Driver Leeimmediately jumped in the water to assist in trying to get the victim into his boat but was unsuccessful because of the height of his boat and the rough water conditions.  He was able to get the victim on the back of one of the personal watercraft.

While this was going on, another boater came to assist.  Then they were able to load him on his boat.  While they were loading him up, a resident from Ono Island came out in his boat to assist.  He stated that he was a medical doctor.  This doctor was able to contact 911 and give them an address to meet them for treatment and transport.  Orange Beach Fire Rescue and Orange Beach PD were arriving on scene as they arrived to shore.

After talking with Orange Beach Fire Rescue, they stated that Driver Lee's direct involvement along with the other boaters help had a direct positive impact on the patient.  An Orange Beach Battalion Chief stated that the victim would have drowned had Driver Lee not entered the water to help.

Now, therefore, on behalf of all the citizens and with our sincere thanks, we are pleased to award this CERTIFICATE of RECOGNITION to him as FIREFIGHTER OF THE MONTH for October 2018. 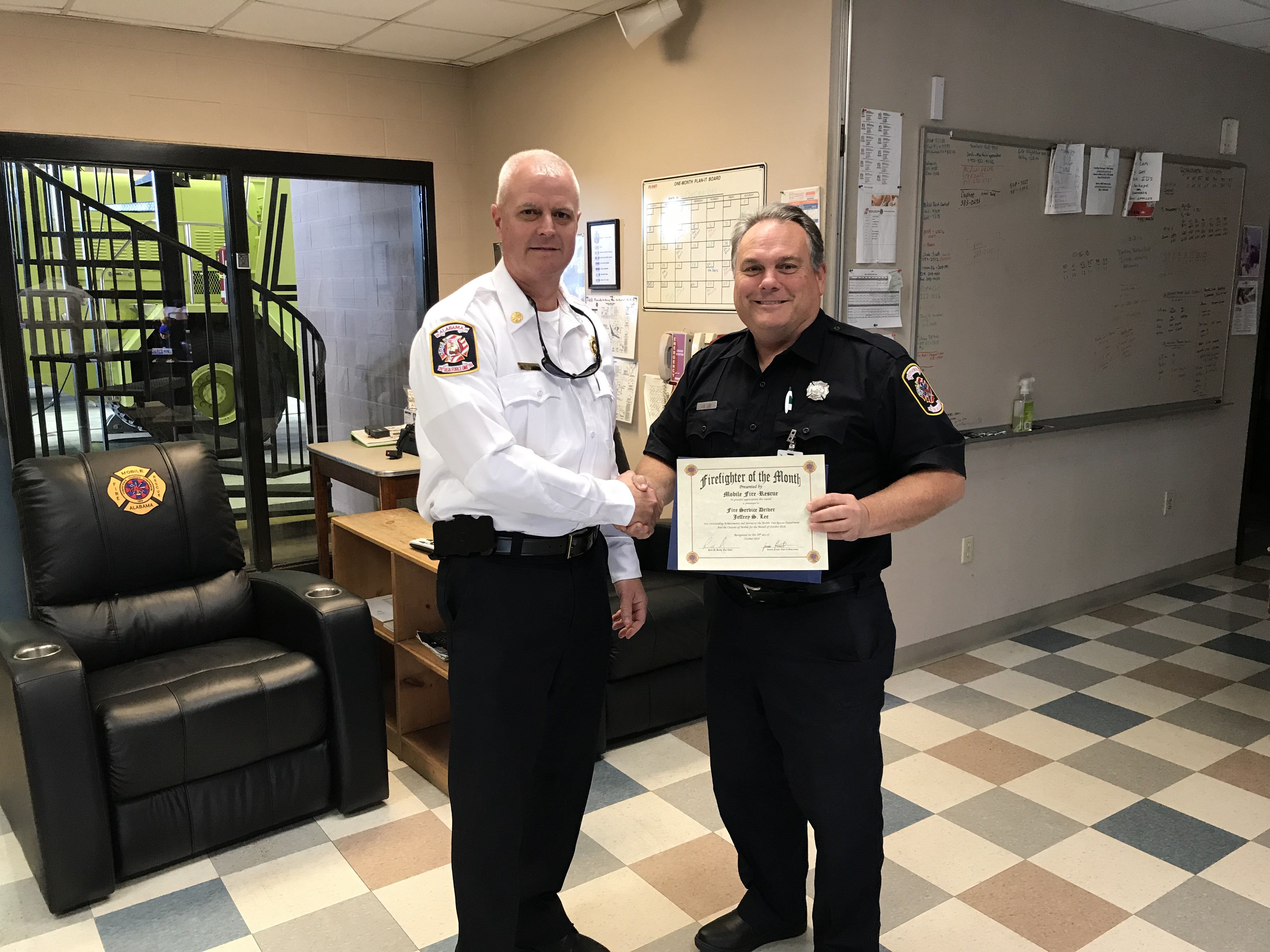