MOBILE, Ala. - The Insurance Services Office (ISO) has now classified the Mobile Fire-Rescue Department (MFRD) as one of the top departments nationwide. ISO officials announced the department received an ISO-1 rating, the best in the country, during a special presentation at the Crichton Fire Station on Tuesday.  Every fire department is rated between 1 to 10 with 1 being the best. Only 320 out of 44,000 departments have an ISO-1 rating. In previous years, MFRD received an ISO-3 rating. 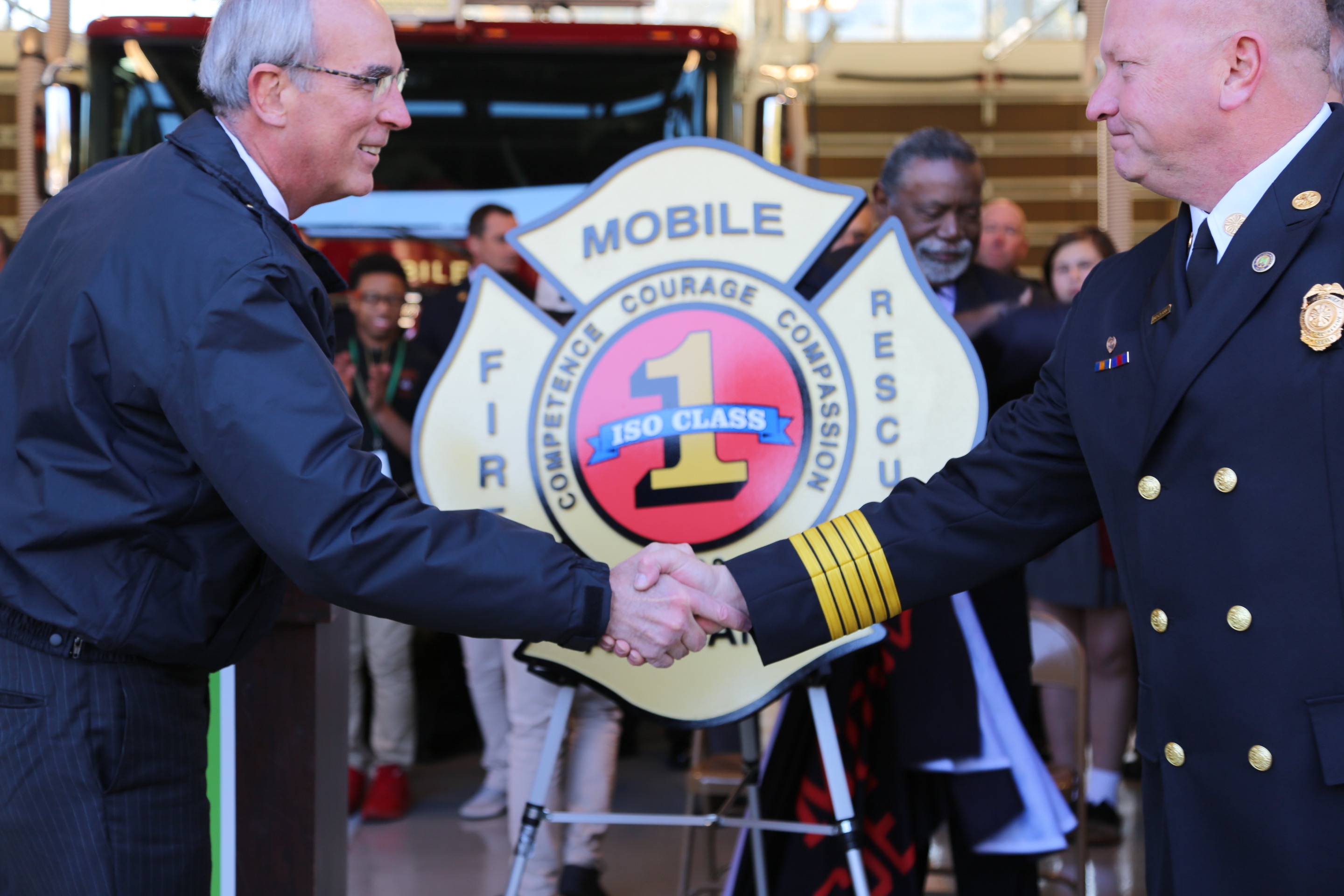 “I want to thank our Fire Chief, Mark Sealy, and the 500 members of Mobile Fire-Rescue for leading the charge to reach this major milestone,” said Mayor Stimpson. “This is the result of a strong collaboration amongst multiple City departments and the Mobile Area Water and Sewer System. This top insurance rating supports our ever growing economy, but most importantly it reassures our citizens that they are receiving the best care.  This is a huge step toward to becoming the safest City in America.”

To achieve this top rating, MFRD worked for over a year and a half to inspect 11,000 businesses, 14,000 fire hydrants and 90 schools ensuring the safety of Mobile’s homes, workforce and school children.

“Today’s announcement is proof to others of what I have known for nearly 28 years -- that the Mobile Fire Rescue Department is among the best in the nation,” said Chief Sealy. “We could not have done it without every single member of MFRD buying into our vision to reach the ISO-1 rating. They poured hundreds of hours of work into this goal while still maintaining their normal responsibilities. No task was too large or too small.”

To improve response times in the City of Mobile and in the Fire Jurisdiction, MFRD transitioned from primary response to mutual aid response in the Theodore area. The department also transferred the responsibility of responding to emergency medical calls outside of the City limits to providers within Mobile County.  These changes enabled MFRD to focus more of its resources on responding to calls within the City. 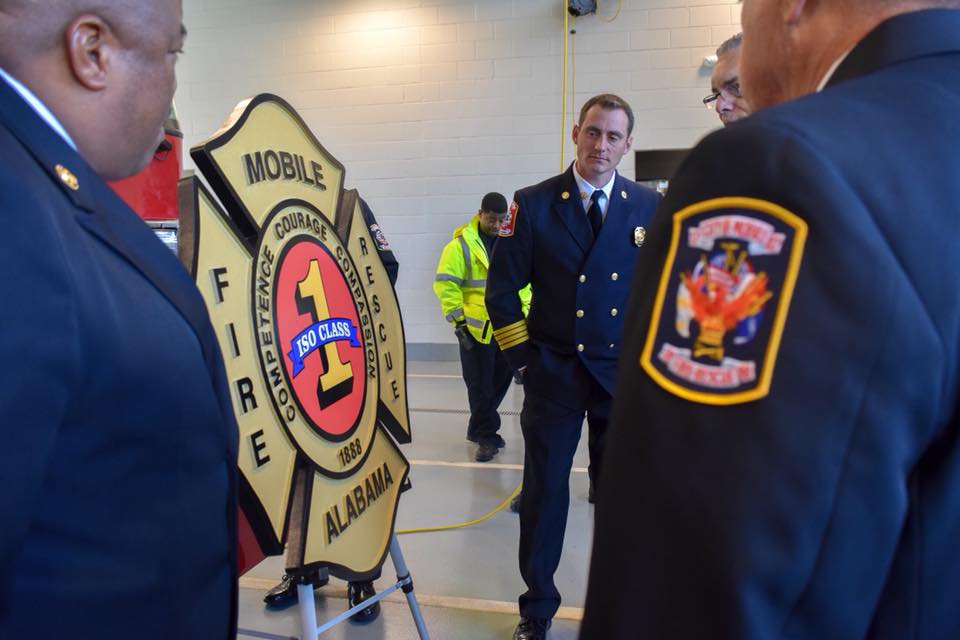 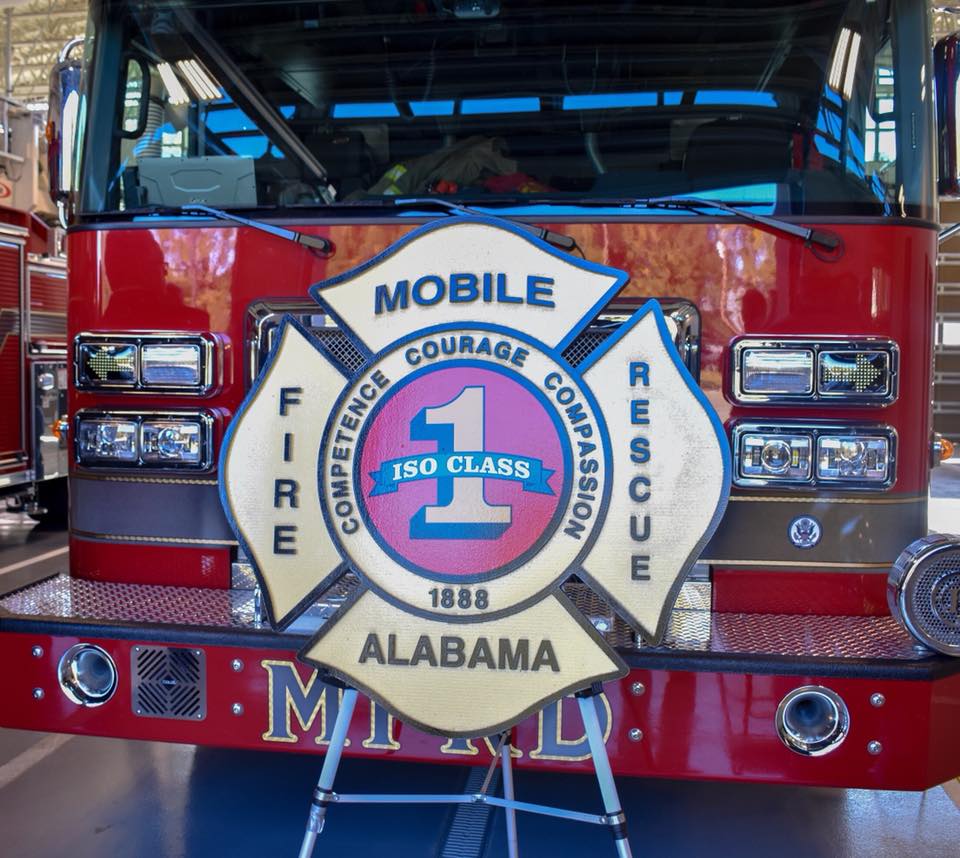 “This is an example of government entities working together to deliver increased safety to all citizens as well as the economic benefits of a top insurance rating,” said Mobile Executive Director of Public Safety James Barber. “The Class 1 rating means every citizen, business and school is now safer than they were when we began this quest. Going forward, we are committed to maintaining the Class 1 rating standards as an Administration.”

Because ISO grades the City’s availability of water for firefighting operations, MFRD partnered with MAWSS to facilitate flow testing and catalogue the City’s emergency water supply among other activities. 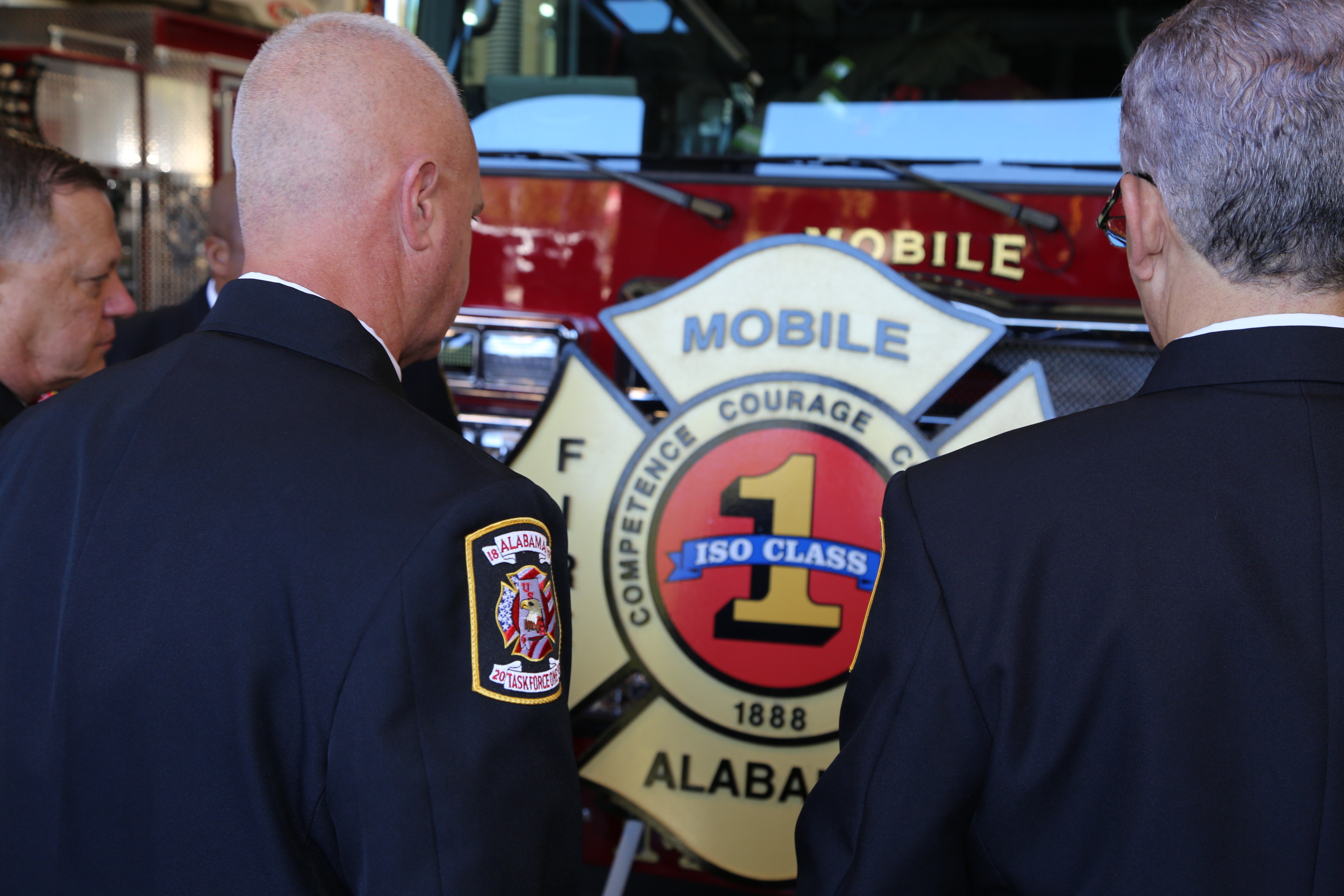 “We are proud to have helped the City in reaching the ISO Public Protection Classification of 1 by providing an excellent supply of water, hydrants and water distribution system that assists the Mobile Fire Department in providing exemplary fire protection to the citizens of Mobile,” said MAWSS Director Charles Hyland, Jr. “Our Mission at MAWSS is to protect and enhance the health, safety, and economic well-being of the community and fire protection is certainly an important part of providing safety to the community.  We congratulate the Mobile Fire Department on achieving this superior classification and will work to continue providing outstanding service.”

To meet ISO requirements, MFRD purchased five new fire engines and one ladder truck to expand the fleet and ensure reliability. They also invested in needed equipment and supplies including fire hoses, ladders, spare air tanks and many more. 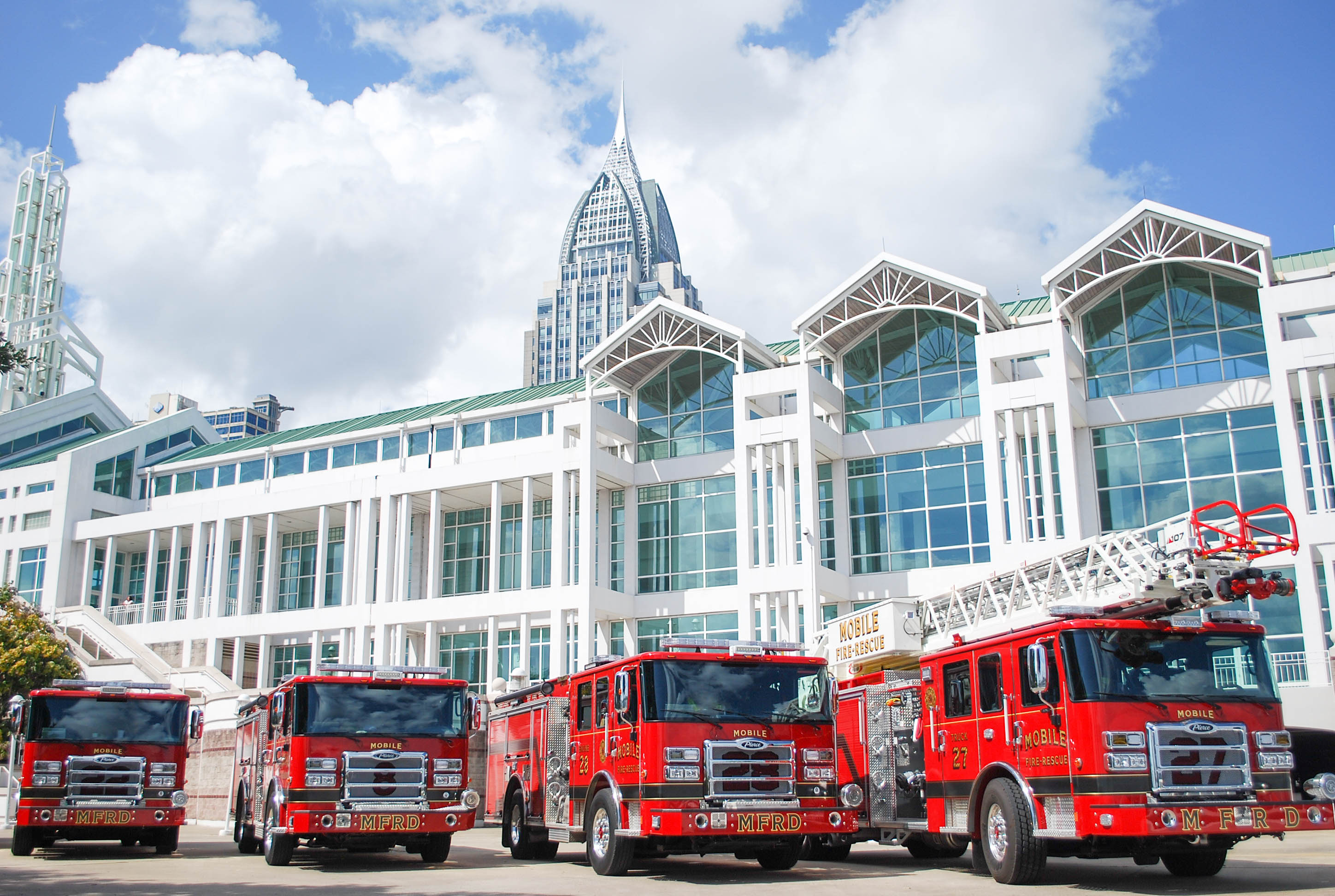 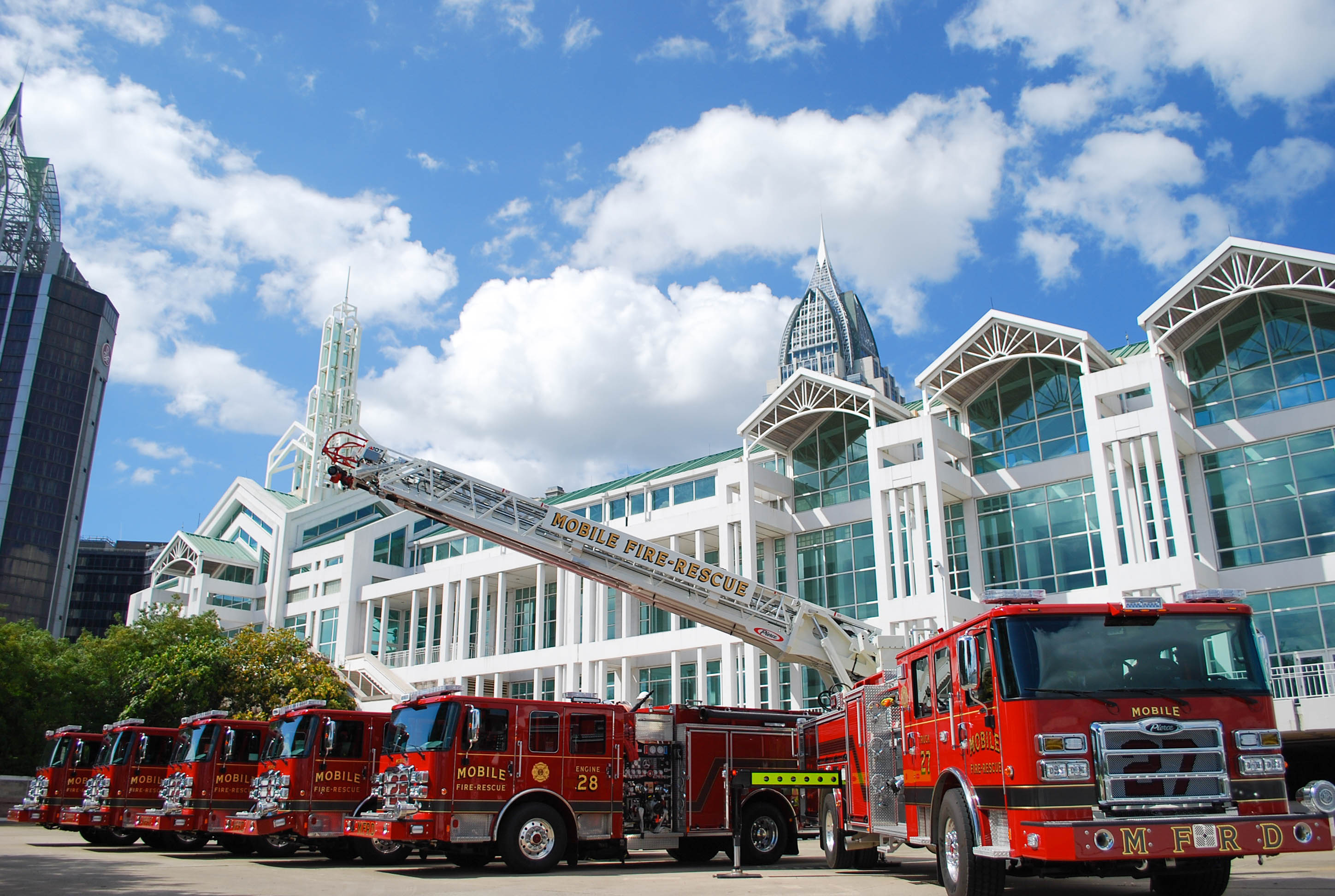 Per ISO standards, each rank within MFRD had specific annual continuing education requirements that had to be verified. To meet these high standards, MFRD conducted over 85,000 hours of general training and 3,500 hours of specialized training across all ranks and positions within the department. To ensure all policies were in agreement with ISO standards of operation, all of MFRD’s operational guidelines, policies and rules were rewritten reducing outdated policies and streamlining processes.