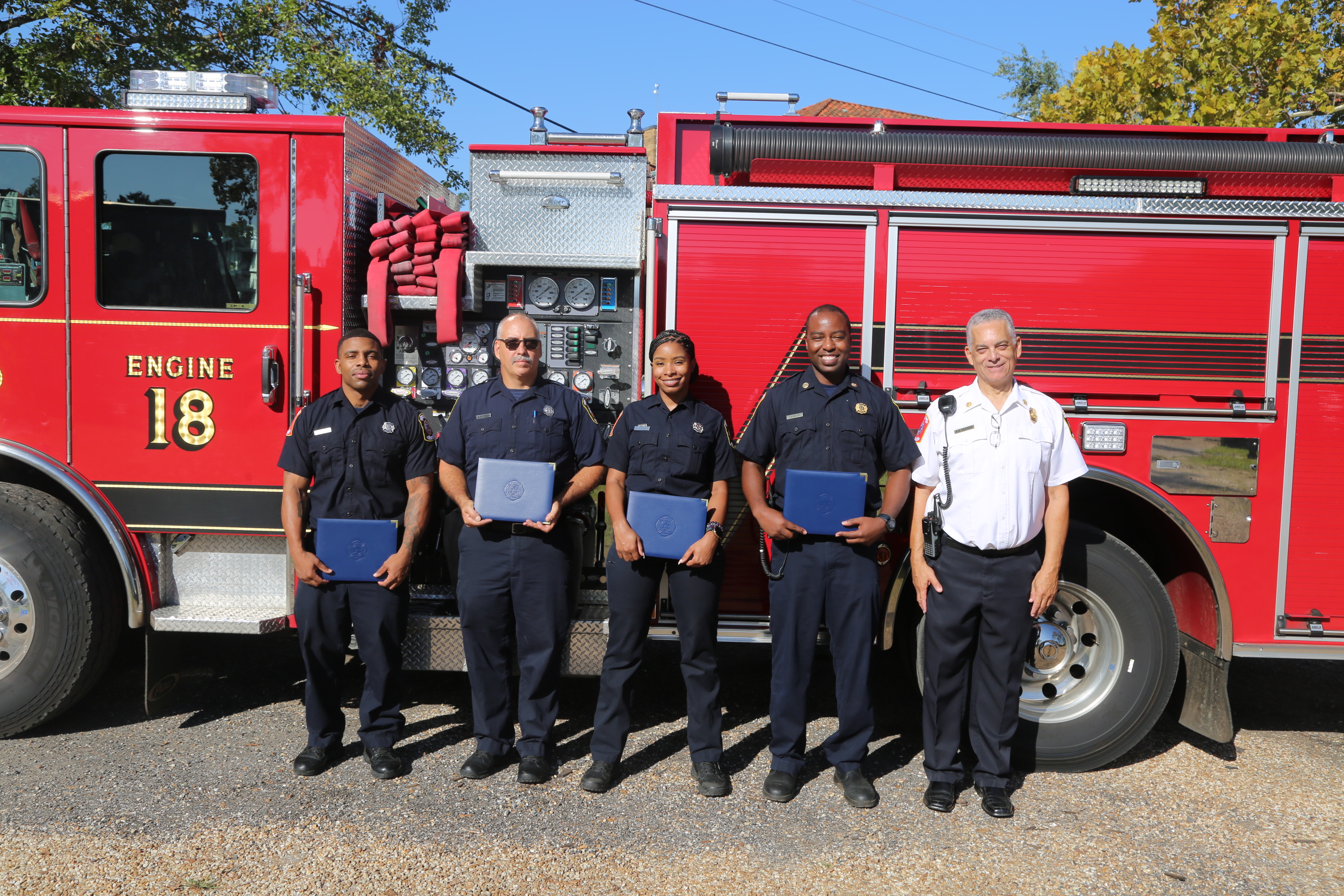 On August 8, 2020, the crew of Engine 18, led by Captain Tim Hall, Jr., responded to a residence in the area of Taylor Place for a possible drowning. Having just cleared and become available from a previous emergency call in the area, EC18 arrived at the Taylor Place home in under 2-minutes.

Prior to MFRD arrival, several family dogs alerted the child’s father to the incident outdoors, where he discovered his 3-year-old son unconscious in the pool. The scene was chaotic as EC18 arrived, with family and neighbors frantically directing the crew to the pool area at the rear of the home.

Chest compressions were being performed on the unresponsive child, as firefighters intervened and assumed patient care. The patient’s abdominal cavity and chest were filled with water. The crew initiated back thrusts and cardio pulmonary resuscitation (CPR) until he finally began to cough and gag, indicating signs of breathing.

High-flow oxygen was then provided, as the child was carried to Rescue 22, who was now on scene to assist. He was rushed to a nearby hospital for evaluation and additional medical care.