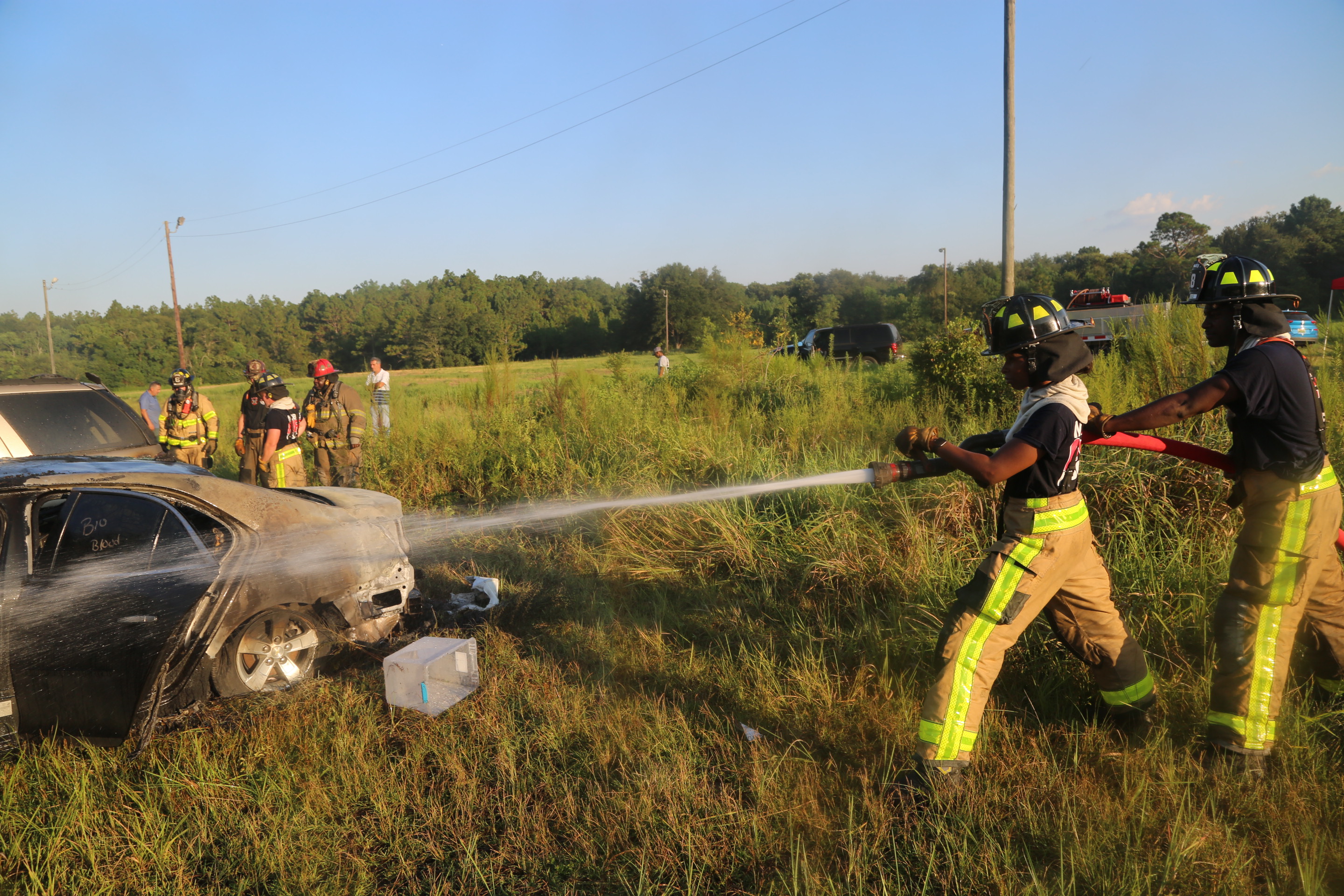 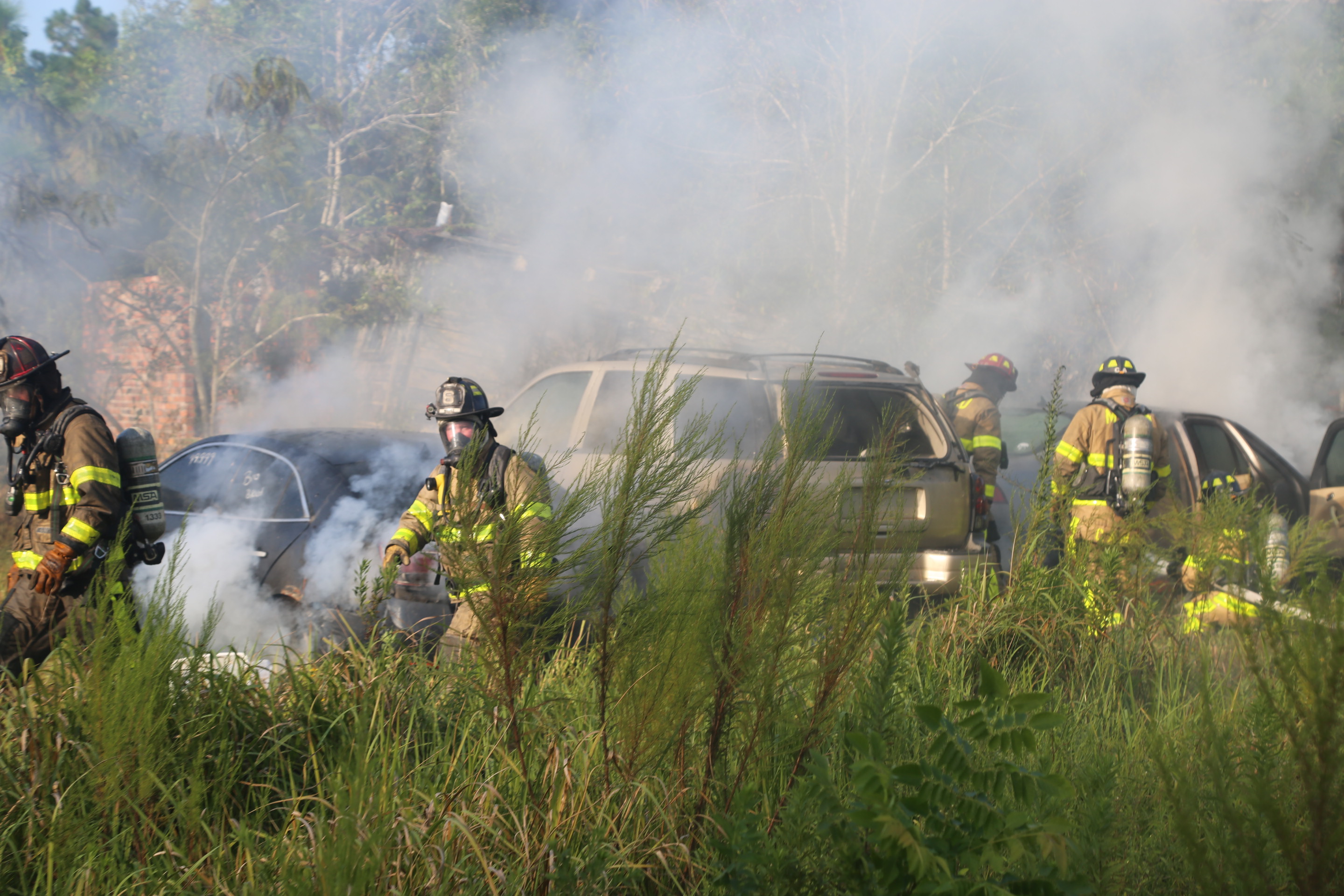 MOBILE, Ala. – At approximately 16:45 hours, Mobile Fire-Rescue Department units were dispatched to A 1 Auto Sales, located at 1860 Schillinger Road North, for reports of a vehicle on fire. The crew of Engine 1 arrived on scene to discover several vehicles were on fire in a large, grass area behind the business.

More than 22 vehicles sustained fire and water damage (a precise count is unknown at this time). Firefighters were able to contain the grass fires and vehicles fires to the field location. As a result, no commercial or residential structures were damaged. Neither fire personnel nor civilians were injured during the incident.

An investigation is ongoing to estimate damage and to determine a cause of the fires. Additional updates will be provided as the investigation unfolds.