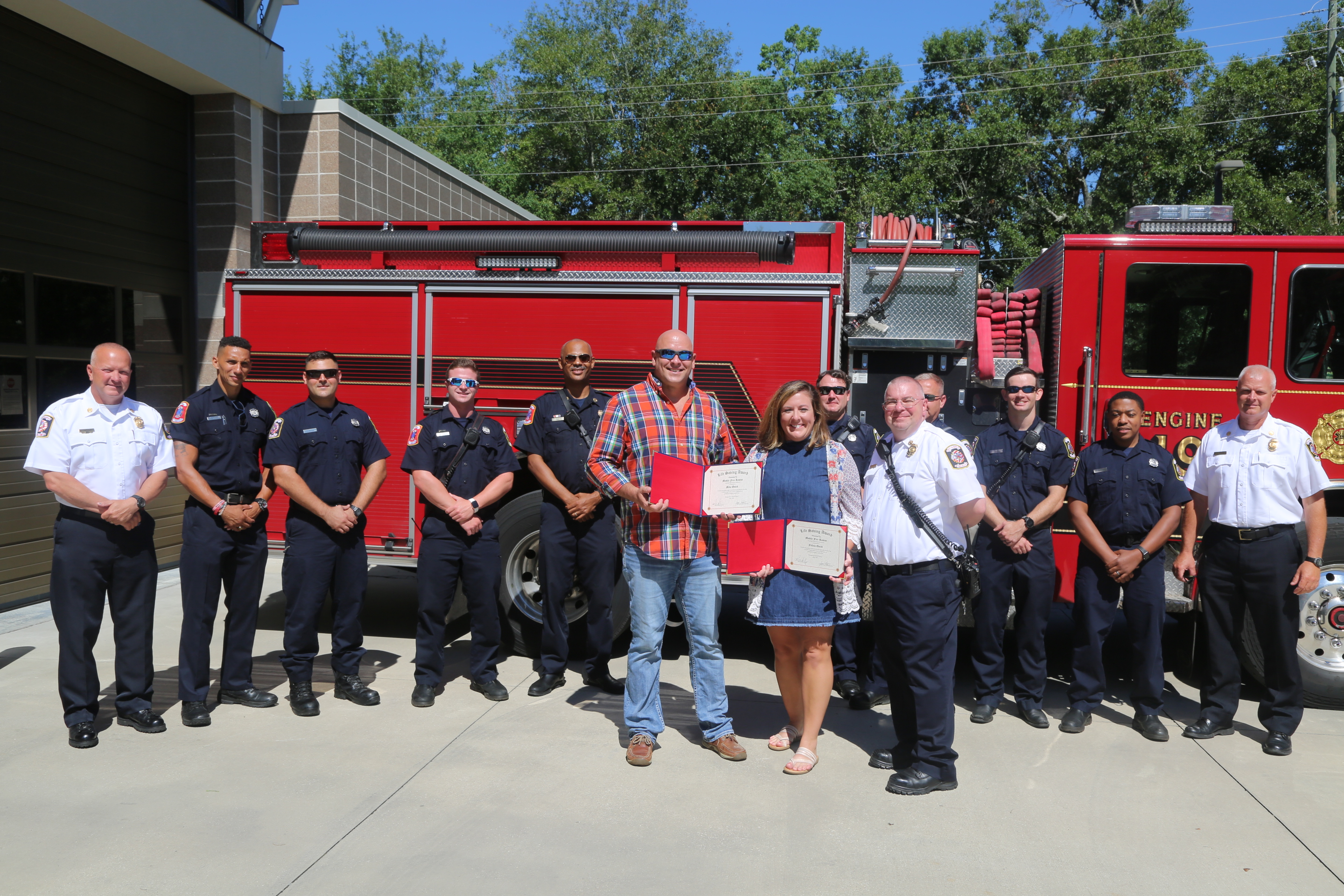 THEODORE, Ala. – On Tuesday, May 12, 2020, witnesses outside of the Mobile County License Commission, 5808 HWY 90 W in Theodore, described a man in his mid-50s, suddenly “fainting” while standing in line awaiting service. Bystanders immediately called 911 to request emergency aid.

One of the bystanders was former Mobile Fire-Rescue Department firefighter Mike Quick. Quick saw the need for medical attention and immediately waved over his wife, Felicia Quick, a Nurse Practitioner with University Hospital, for aid. The two assessed the patient and realized that he was suffering from more than just a possible syncopal episode.

MFRD’s Engine 28 and Rescue 28 were dispatched to the scene for a possible cardiac arrest. Upon arrival, crews found the Quicks performing cardio-pulmonary resuscitation (CPR) on the unresponsive male in the License Commission admissions line.

The crew immediately assumed care of the patient, applying a Lucas device for continuous chest compressions, while simultaneously performing advanced life support (ALS) procedures. The patient was resuscitated and transported to a local hospital.

These two civilians had no duty to act, especially during our current pandemic and public health emergency. However, thanks to their early recognition and quick actions to save a stranger, a life was saved.