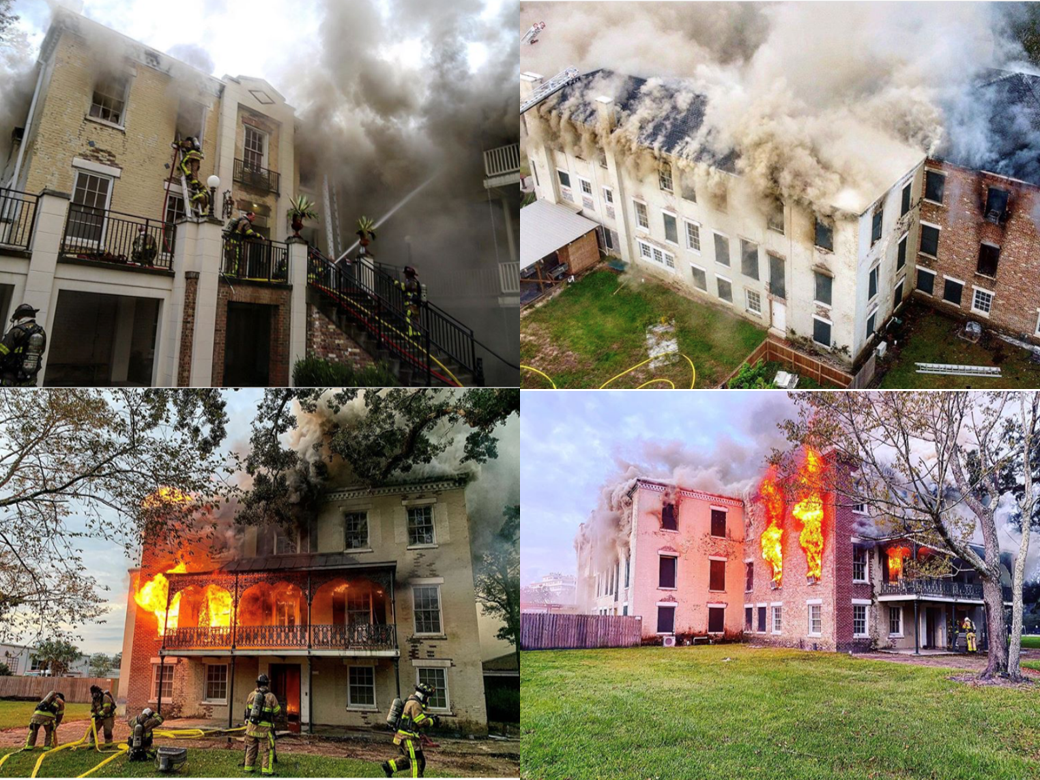 MOBILE, Ala. - At approximately 6:49 AM, MFRD crews were dispatched to Cotton Hall at 911 Dauphin Street for reports of the building on fire. The call was made by an off-duty firefighter from Engine 8.

Engine 3 arrived on scene at 6:52, advising heavy flames and thick, black smoke visible from the 3-story, masonry structure. Shortly after, District 1 Chief arrived to assume Command of the scene, immediately requesting a 2nd-alarm response (6:53 AM).

Suppression teams entered the structure from the front and rear to begin their initial attack. As the scene developed, fire was discovered to have progressed throughout the building, on all 3 floors.

Command staff requested a 3rd-alarm response at approximately 7:10 AM, increasing the number of units and personnel available to assist on scene:

There were no civilians discovered in the building during the incident. No firefighters sustained any injuries during fire scene operations.

Although much of the interior suffered significant damage from flames, smoke, and water, the structure remains intact. Kudos to MFRD companies and staff personnel on a great, team effort, effectively ensuring that the historic building continues to stand.