Redistricting occurs after each decennial census so that political representation reflects population growth and change. The last redistricting effort took place in 2010. The Code of Alabama 1975, Section 11-44C-90 sets forth redistricting procedures that include a process where the City must review and, if needed, redraw the district boundaries based on the 2020 census population with the purpose of balancing the population of each district.

Over the past 10 years, Mobile has lost population and has seen a steady migration to the west. As a result, the districts as they exist today do not have an equal population and must be redrawn.

Mayor Sandy Stimpson and his administration are committed to a redistricting process that is inclusive and transparent. 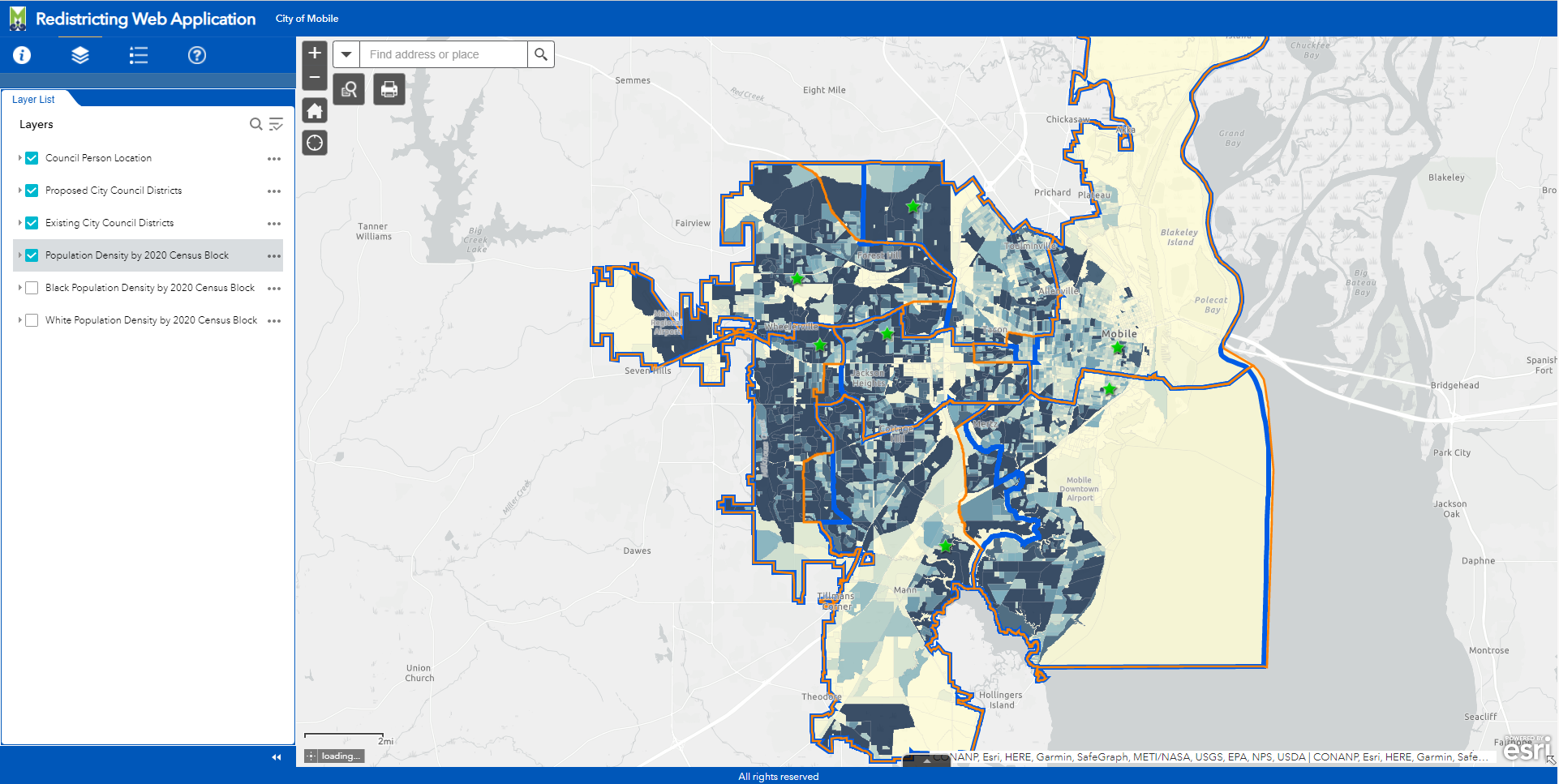 NOTE:  The redistricting process is ongoing and the proposed City Council Districts may change.  The purpose of this web app is to provide citizens and City Council with the most current version of the proposed districts and the underlying Census data.

Three (3) ways to get involved in Mobile's redistricting process:

The Mayor's Office will hold two informational virtual town halls on Tuesday, January 25 for citizens who wish to learn more about the redistricting process. During the town hall, citizens will see a demonstration of an interactive version of the City's proposed map, an opportunity to ask questions and give comments regarding the redistricting of City Council districts.

The City and City Council will jointly host community meetings in each council district. Check back here for dates, times, and locations once they are confirmed.

You can view the calendar of upcoming meetings here.

After the Mayor's Office formally submits a map to City Council via an ordinance, Council has six months to consider the proposal. During this six month period, Council will hold public hearings in Government Plaza. Once those hearings are confirmed, the dates and times will be posted here.