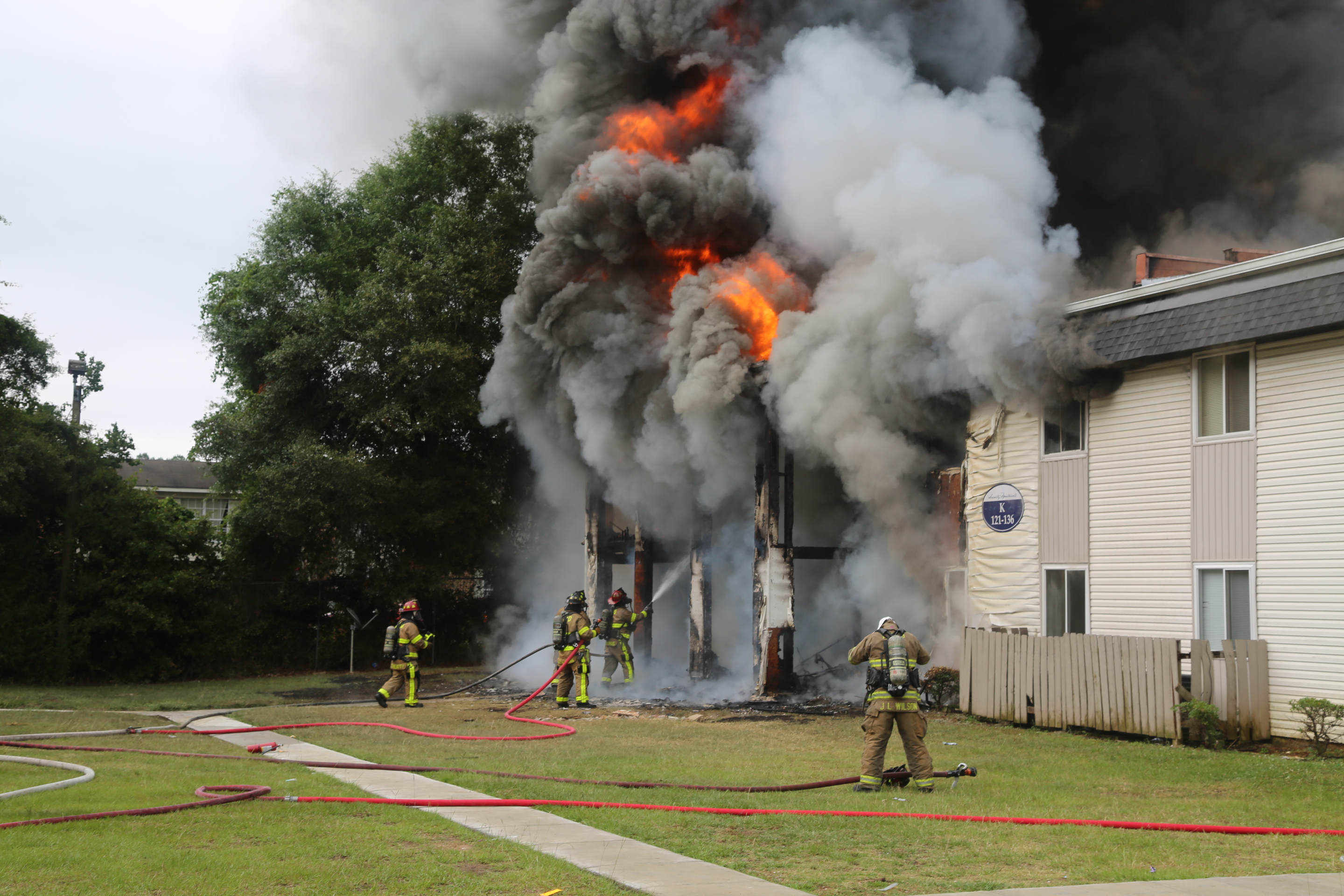 MOBILE, Ala. – At approximately 15:10 hours, Mobile Fire-Rescue Department companies were dispatched to Serenity Apartments at 557 Azalea Road for reports of a building on fire. Engine Co. 19 arrived on scene at approximately 15:15 and reported heavy, black smoke visible from Azalea Road with flames extending from Building K.

Neighbors and witnesses called 911 and reported that three civilians were possibly trapped in an apartment unit of the 2-story building. Engine 19’s Captain assessed the scene and requested a 2nd-alarm be dispatched. A 3rd-alarm was requested to the scene at approximately 15:18 hours.

An unknown-aged female resident was trapped in her apartment, as smoke and flames filled her home. With civilian assistance, the resident was rescued through a 1st-floor window. She was assessed and treated at the scene and transported to a local hospital for definitive care. 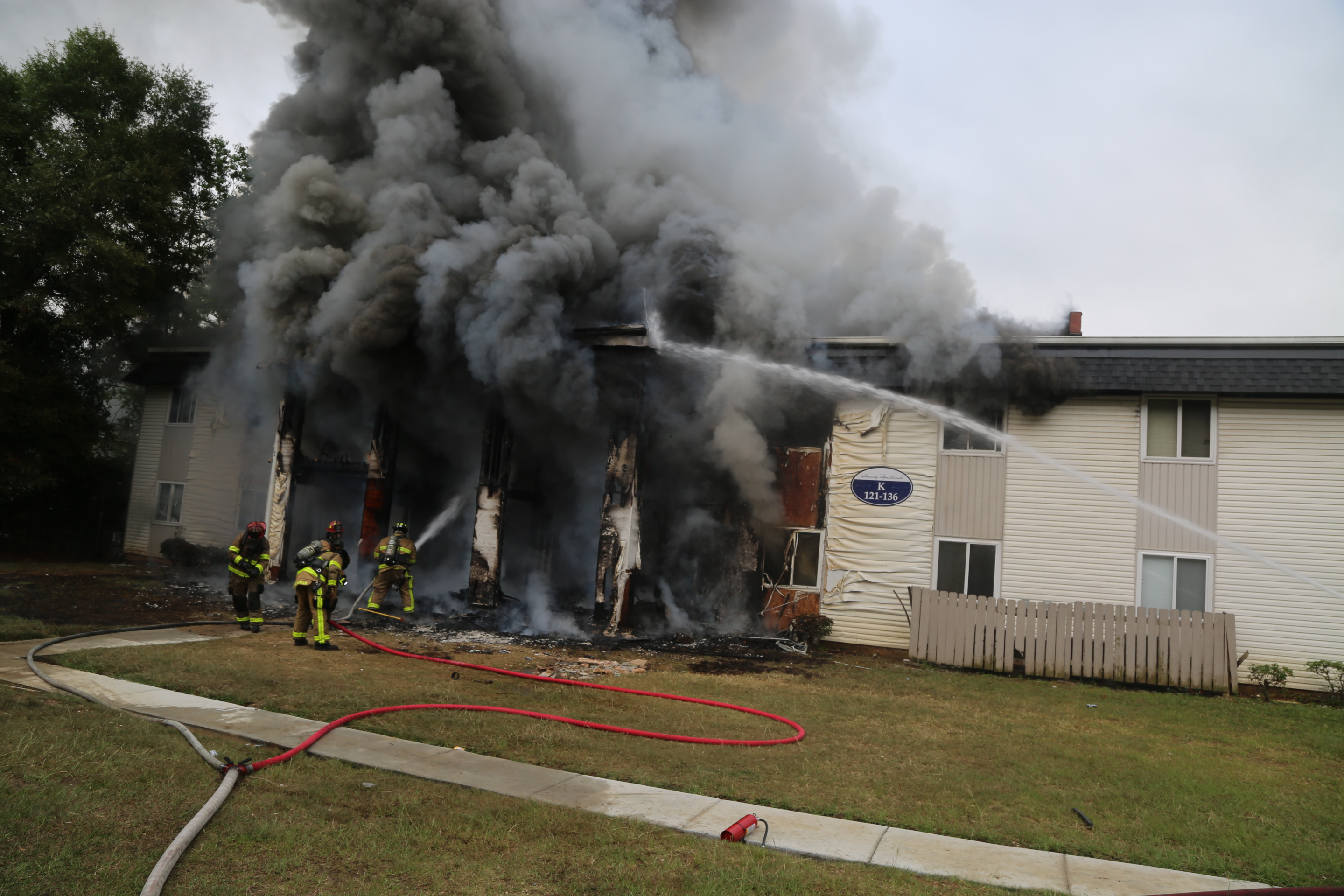 Prior to MFRD arrival on scene, flames extended into 8 apartment units, engulfing approximately one-third of the structure. Fire suppression teams used multiple suppression lines to attack flames from several angles on each side of the building.

Search and rescue teams forced entry into the 4 apartment units adjacent to the direct fire. No occupants were discovered trapped in any other unit of the burning building.

Ventilation teams accessed the roof via an extension ladder and cut an approximately 4-foot by 4-foot trench into the roof in order to allow heated smoke and toxic gases to ventilate vertically from the structure. Along with a built-in firewall, the defensive trench also helped to prevent flames from extending to other sections of the building; thus, allowing firefighters to contain flames to the engulfed portion of Building K.

MFRD firefighters battled flames and heavy smoke for more than 90-minutes. The fire was reported under control at approximately 16:43 hours.

As additional relief companies arrived on scene, teams continued to thoroughly overhaul and search the structure for “hot spots” to extinguish, preventing any chance of a potential rekindle. Fire watch rotations have been established, ensuring crews will remain on standby through the night.

The cause of the fire remains under investigation, as Fire Investigators continue to review the scene and interview witnesses. Additional updates will be provided as the investigation unfolds. 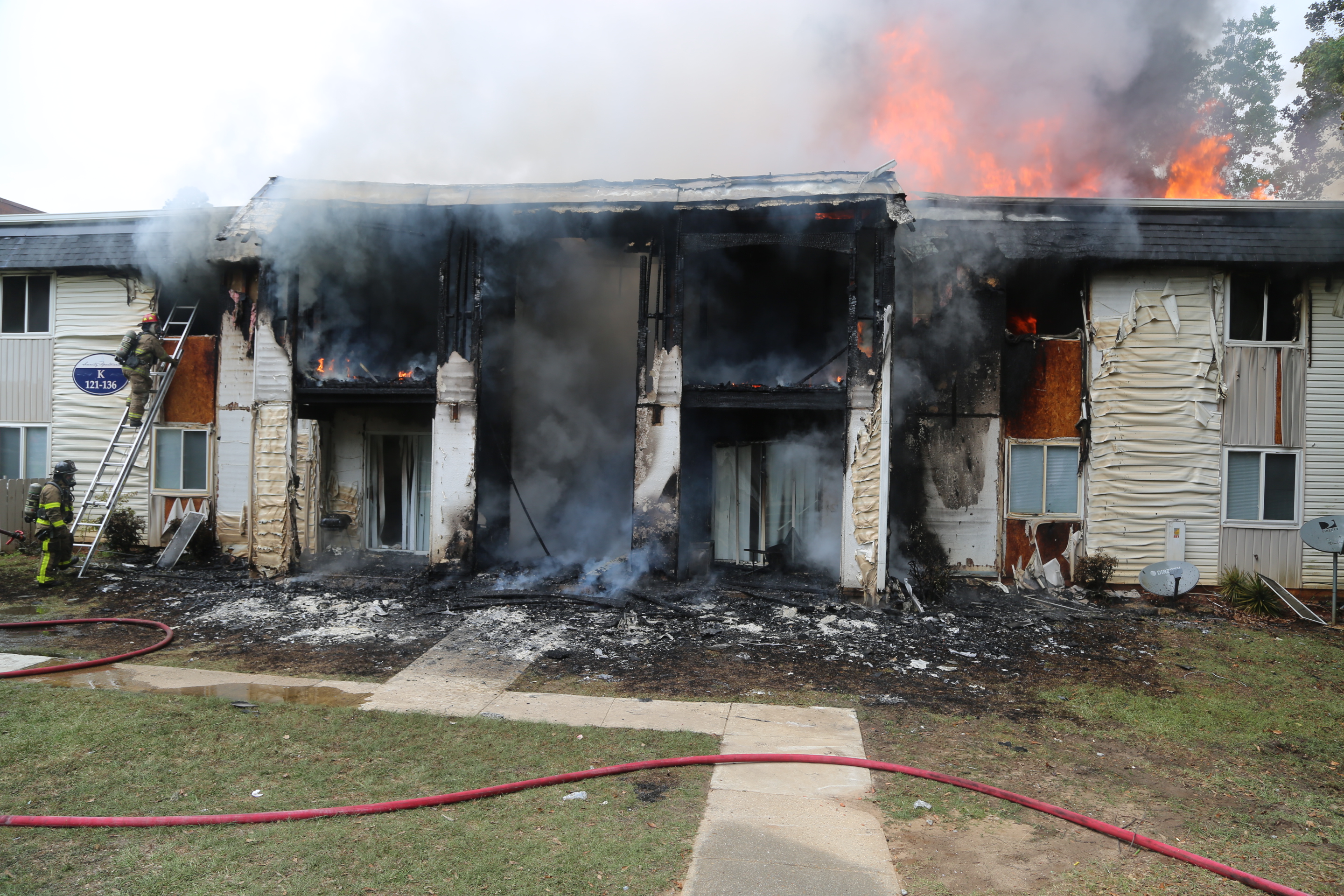