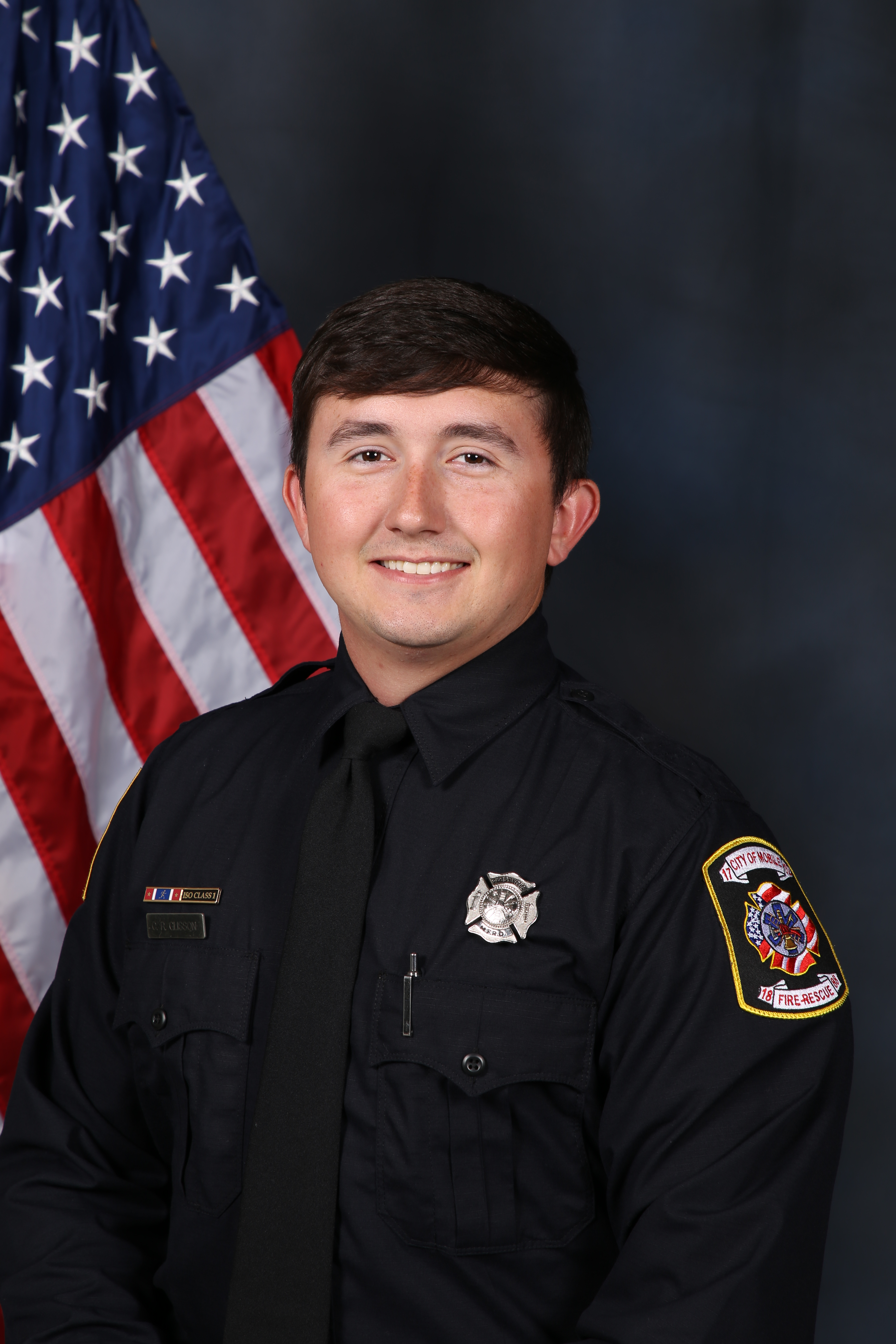 In his short career, Firefighter Glisson has already achieved the status of Relief Driver and Rescue Technician. He has spent numerous hours assisting with MFRD Training Center certification classes as well as developmental courses offered by the Urban Search & Rescue (USAR) Team. In addition to advancing and developing as a firefighter and technician, Firefighter Glisson is also currently enrolled in Paramedic School in an effort to improve his emergency medical skills.

Recently, Firefighter Glisson utilized his own time and money to build a gear dryer for his fire station (Crichton Station). This is just an example of the many things Ross has done to help improve station life.

For his consistent work, daily engagement, and regular improvement of the Department and his community, MFRD thankfully recognizes Firefighter Christopher Glisson as the Firefighter of the Month for March 2022.