On September 21, 2021, Mobile Fire-Rescue received several phone calls regarding a high-speed, multiple vehicle collision on the Cochrane Causeway. Initial reports were that several people were trapped in separate vehicles.

Multiple emergency response crews were dispatched to the scene at approximately 4:14 PM. Extreme weather conditions were present at the time of the accident, with heavy rain and hot, steamy asphalt contributing to a difficult response.

After the collisions, all of the automobiles came to resting points, scattered across a scene that was approximately 250 yards. A single sedan was left unstable in a nearby ditch. Three patients were discovered trapped in crushed vehicles, while a fourth had been ejected from a pickup truck at the time of impact.

Heavy traffic jams on the Causeway added to the difficulty of responders making it to the scene as time was of the essence. Massive amounts of debris were strewn across the roadways. High temperatures and recent, heavy rain gave way to baking asphalt with rising steam.

The event placed tremendous stress and strain on the emergency response system and first responders, with 10 MFRD units assigned to the incident performing extensive extrications.

With 4 rapidly-deteriorating patients, time was pressing in order to keep their conditions from progressing from critical to grave. Even for the most experienced responder, this was not an easily-managed scene.

However, MFRD personnel were up to the task - quickly evaluating the scene, assigning appropriate roles to companies, accessing and assessing patients, rapidly extricating and triaging the patients accordingly.

Having 4 advanced life saving (ALS) rescue units with competent and capable paramedics on scene allowed for each of the patients to be properly treated for their traumatic injuries and quickly transported to area hospitals.

With so many adverse factors working against responders, the scene could easily have become chaotic. The incident, however, was well-managed, allowing for positive outcomes, thanks to the professionalism and preparedness of MFRD’s responding teams.

As such, the Mobile Fire-Rescue Department recognizes the responding crews, proudly presenting each of them the Meritorious Service Award. 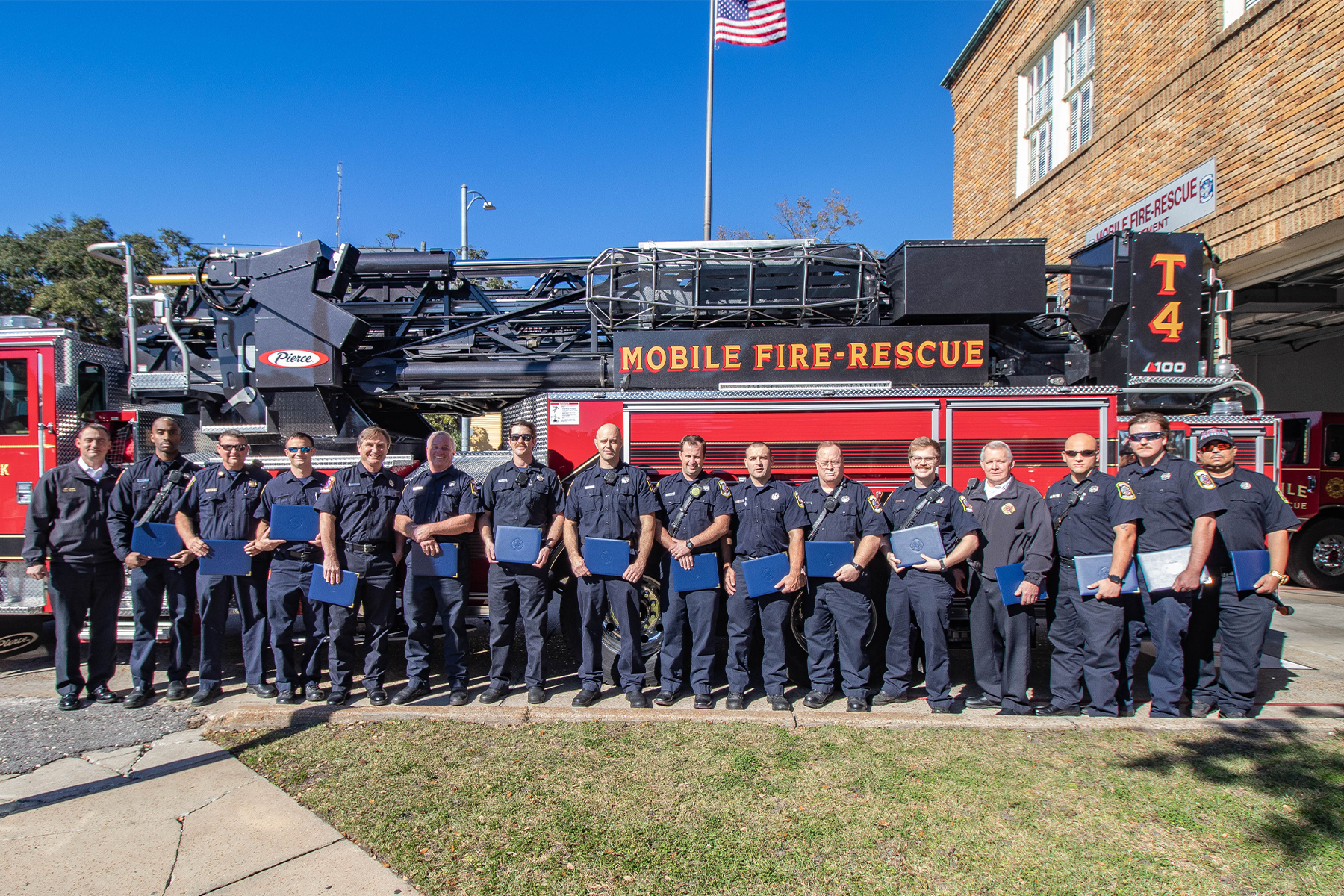