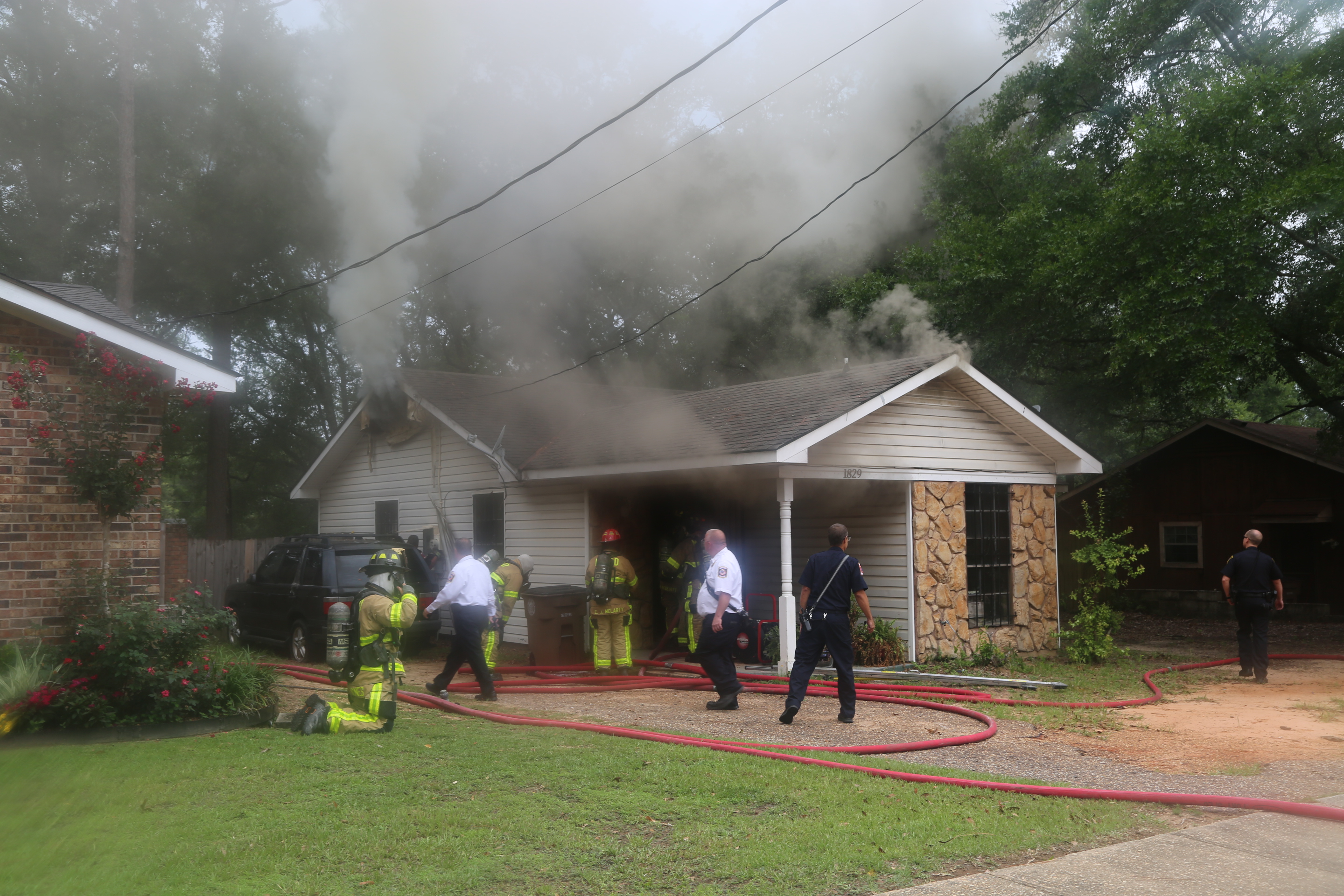 MOBILE, Ala. – At approximately 10:15 hours, Mobile Fire-Rescue Department companies were dispatched to the 1800 block of Shelton Beach Rd Ext for reports of a home on fire in the area. Upon arrival on scene, fire personnel confirmed flames and heavy smoke visible from the rear of the single-story residence.

Fire scene operations were immediately established, as fire suppression teams extended charged hose lines into the structure. Search & rescue crews swept through the interior of the home to confirm no occupants were inside. Neighbors stated that the residents had not been home for a few days.

All signs of flames were successfully extinguished within approximately 15 minutes. Toxic smoke and heated gases were horizontally ventilated from the structure.

No firefighters were injured during the incident. The incident remains undetermined as Cause of Origin Investigators continue to investigate the scene.