On Wednesday, September 4, 2019, at approximately 7:30 am, Captain James T. Cox stopped in at McDonald’s at the corner of Government Street and Washington Street. While standing in line, people nearby began yelling frantically for help because of what was perceived to be a fight outside of the business. Captain Cox rushed outside to find an elderly woman being violently attacked in her vehicle. Captain Cox was able to get her out of the vehicle and contact MFRD’s dispatch and communications team (referred to as Fire Alarm) to request Mobile Police Officers to the scene. In a restaurant filled with people, near a very busy intersection, Captain Cox was the only person to step forward to diffuse the situation, quite possibly preventing further harm to a defenseless citizen.

"He went inside and there was a firemen, Mr. Cox. He had his blue uniform on, he looked like a police officer. He came to the window and said 'open the door and get out now'. When he said that, the man finally let go," the victim stated. The victim said the suspect jumped out and ran but police caught him shortly after. Captain Cox, also a skilled Paramedic, provided an initial assessment of the victim until transport teams arrived to assist. "It was just the Lord putting angels around. I know this," she said. 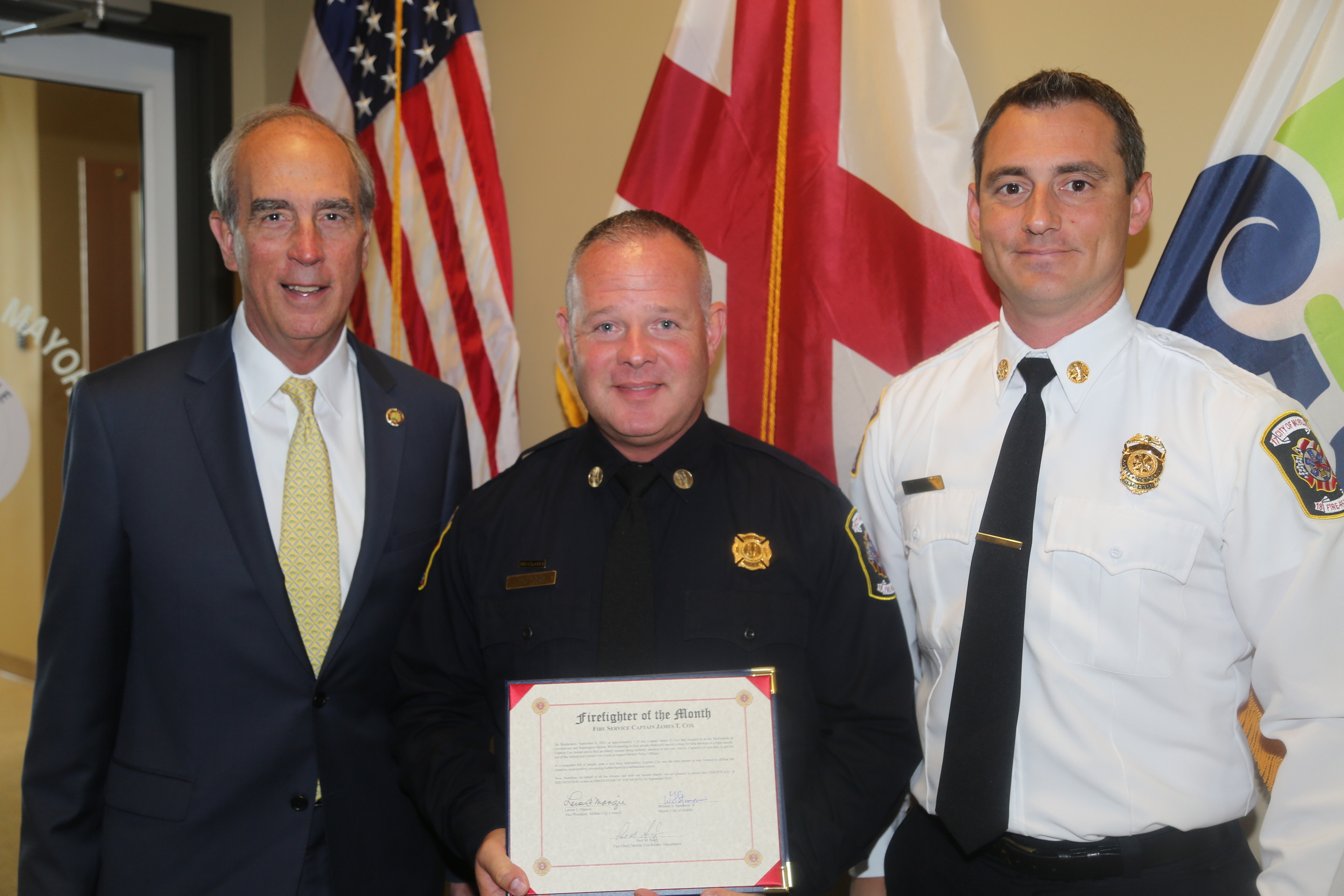