April Firefighter of the Month

In the past several months, Captain Syprka has taken great pride in the remodeling of Department fire stations.  A painter by trade, he has used his commercial equipment and committed several hours of personal time to help repaint Station 7, the engine bay at Station 19, and the entire ceiling in the dormitory at Central Fire Station.  Although he is assigned to Station 7, crews at Station 19 and Central requested his services, to which, he eagerly accepted the challenge.

His dedication and drive to improve the Department is why MFRD is proud to announce Captain Tim Spyrka as the April 2019 Firefighter of the Month. 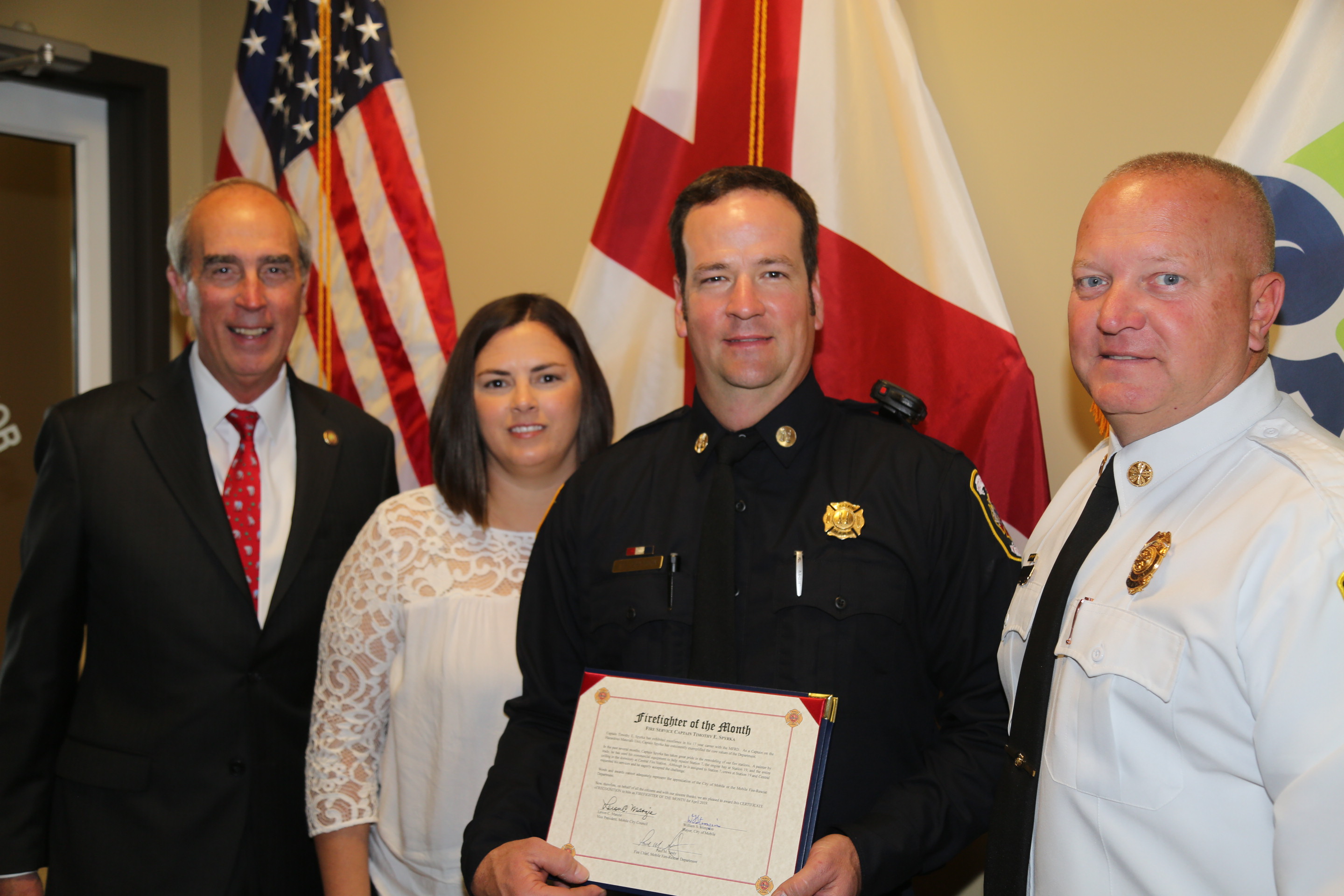