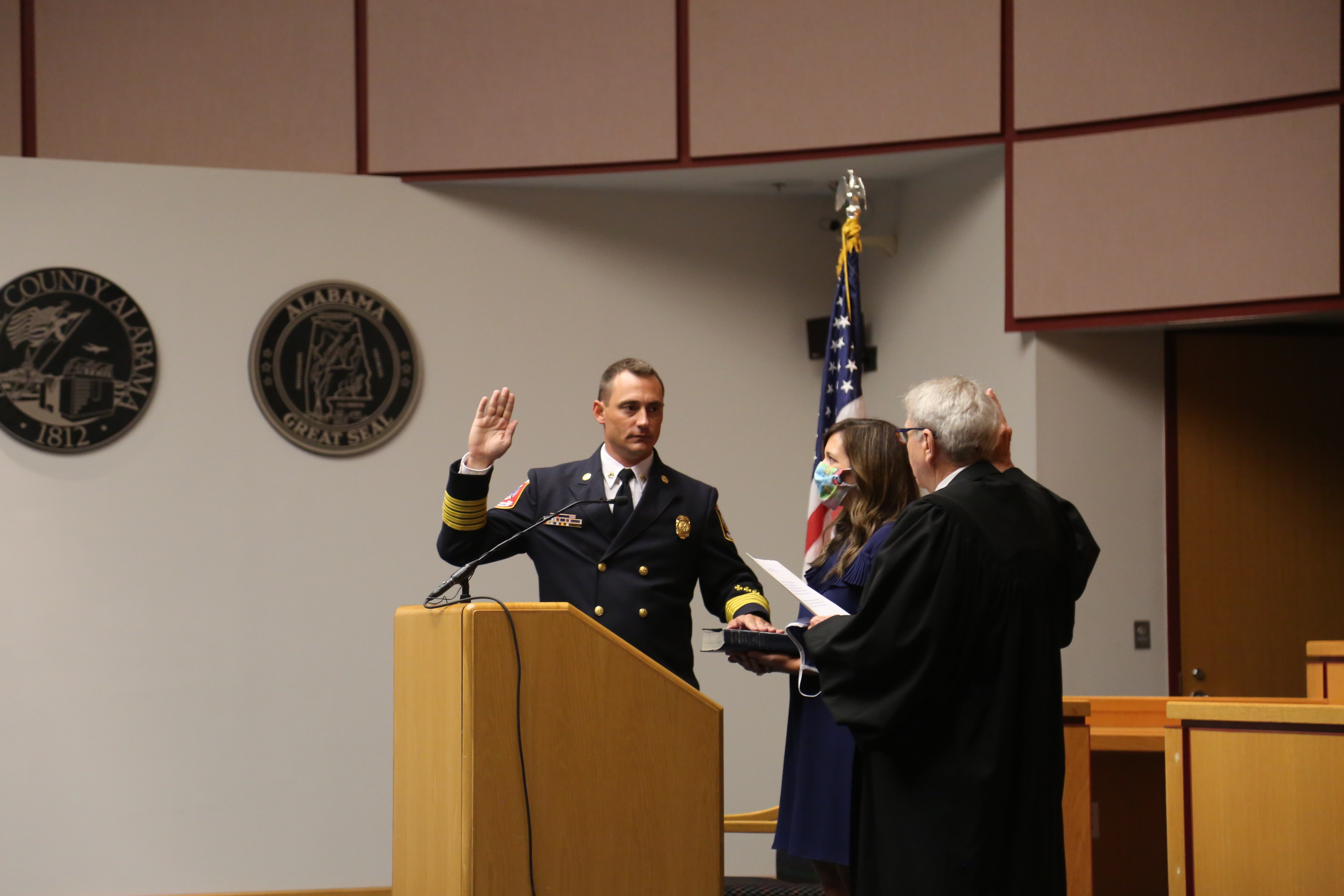 Chief Lami started his career as a firefighter on a suppression unit and has progressed steadily through the ranks of the fire department. After completing the University of South Alabama’s Paramedic Program, Lami served as a Paramedic Firefighter on a frontline Rescue Truck, primarily providing emergency medical care to citizens in need.

Immediately following his promotion to the rank of Captain, Lami served on assignment to a suppression unit in downtown Mobile. He would later transition into the role of Training Captain with MFRD’s Training Academy. During his tenure as Training Captain, Lami would have the opportunity to leave a substantial imprint on the future of MFRD with each new firefighter recruit class under his tutelage.

In 2016, he was promoted to District Chief, quickly being appointed to Chief of Staff under Fire Chief Mark Sealy in 2017.  As Chief of Staff, Chief Lami was responsible for overseeing the Department’s $40 million budget and providing leadership to the Logistics, Training, Communications, and Community Risk Reduction Divisions.

In a ceremony meant to place attention on him, Lami averted acclaim; instead, he excitedly praised the women and men of the Mobile Fire-Rescue Department, “I’m extremely honored to be a part of this Department – at any rank … We have some of the best firefighters around. We have fantastic people at every level.”

Leaving the podium, Fire Chief Lami reassured the City that he’s prepared for the role, confidently affirming, “Let’s get to work!” 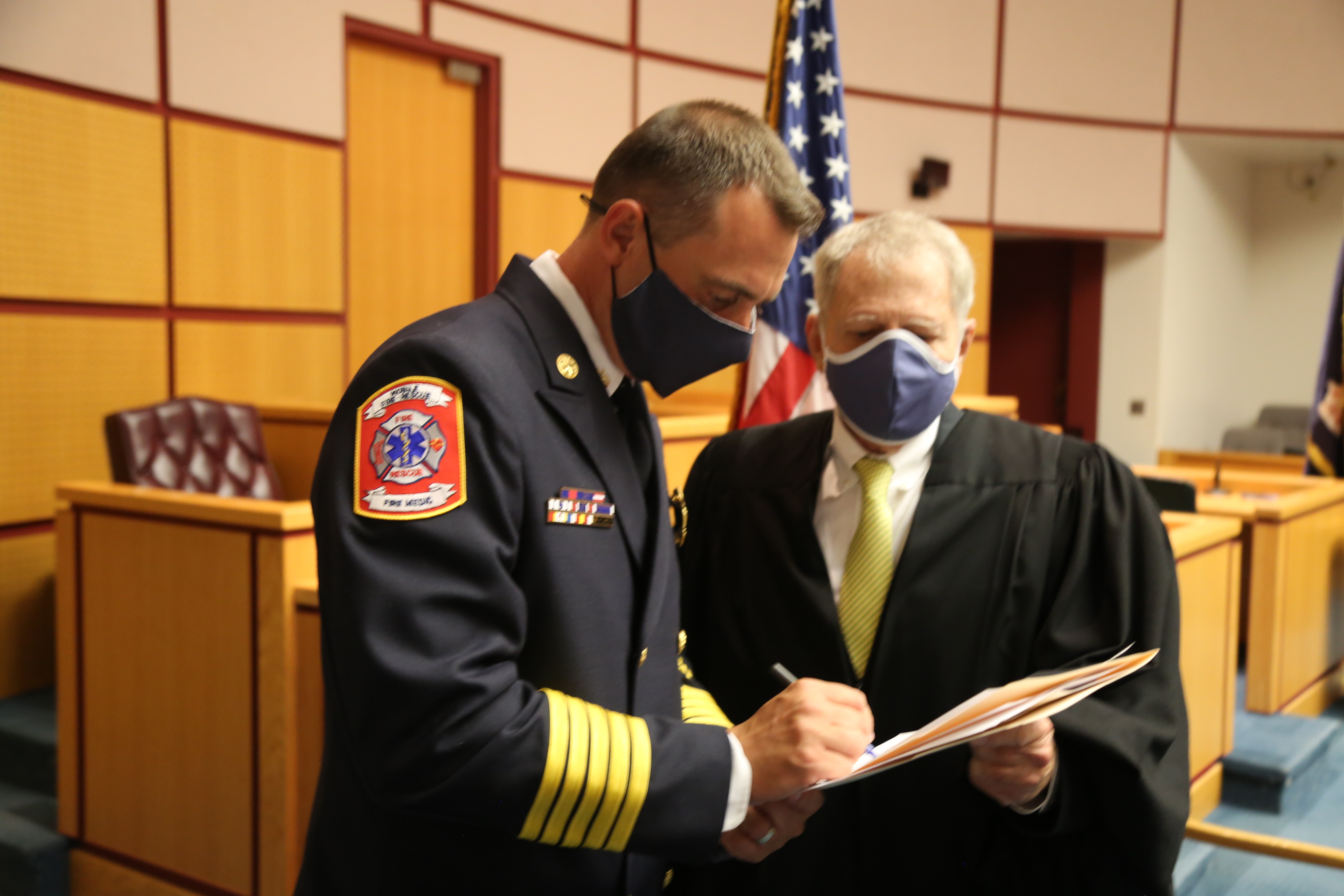 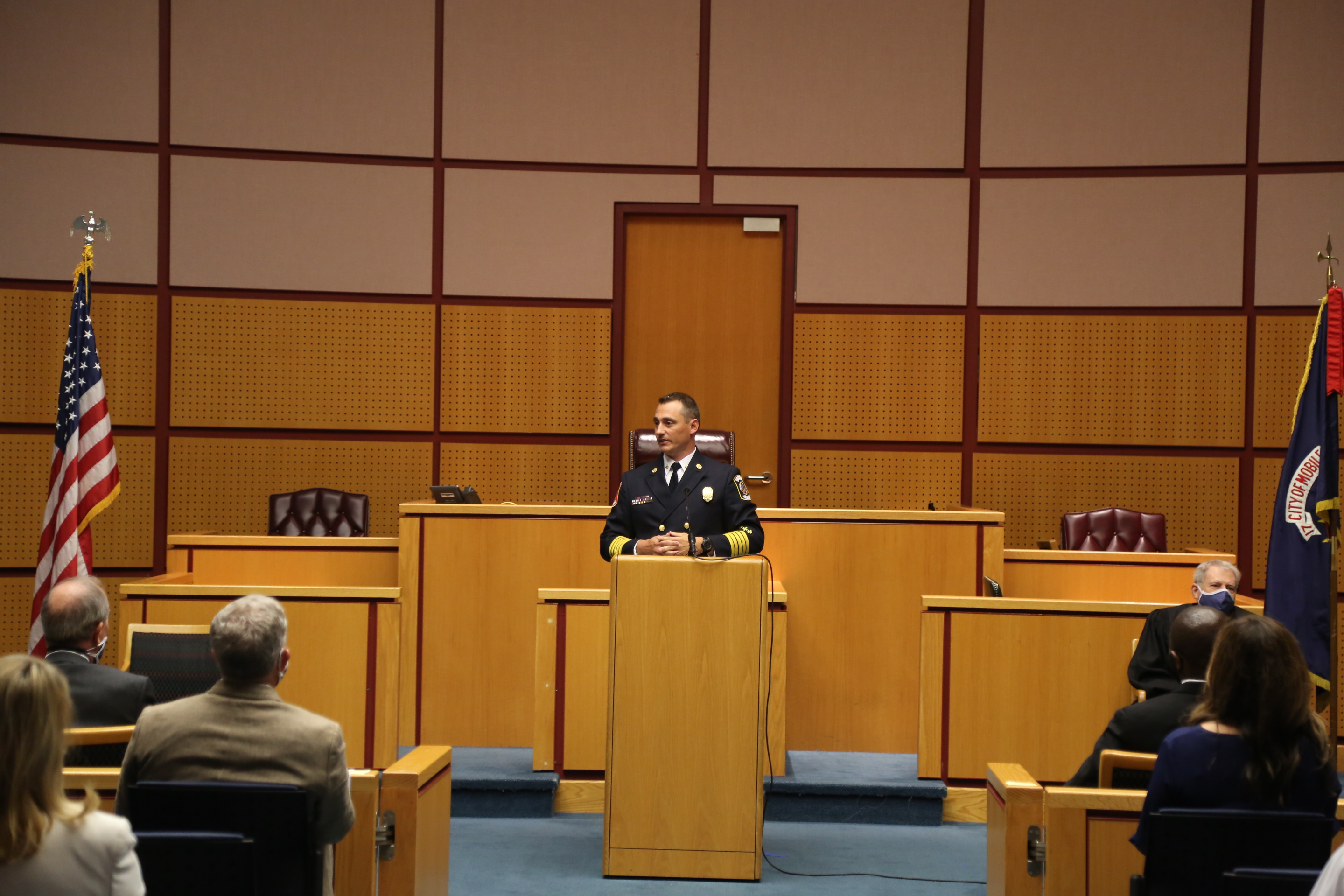