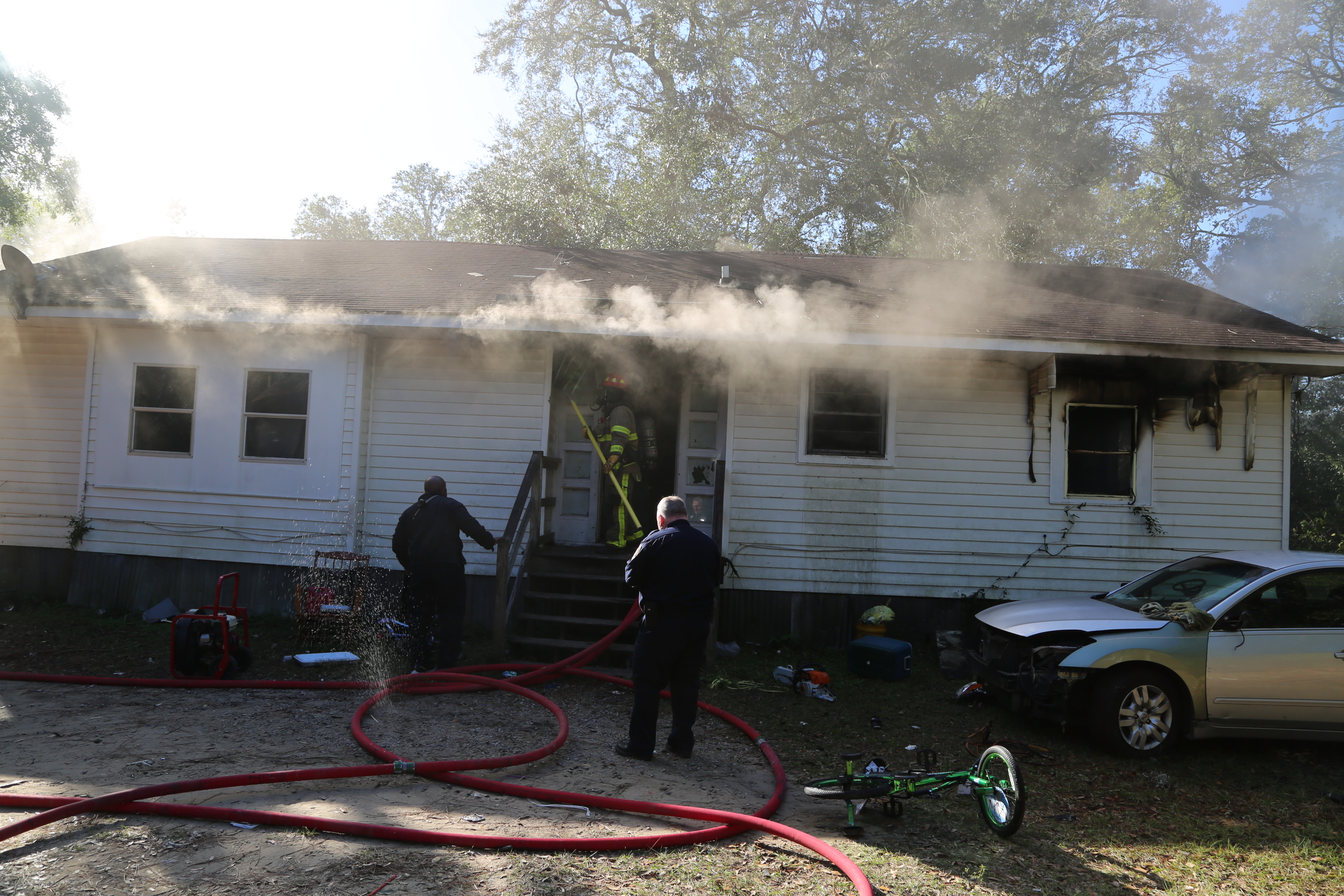 MOBILE, Ala. – At approximately 08:42 hours, Mobile Fire-Rescue Department crews were dispatched to the 1600 block of Northview Drive. Upon arriving on scene, fire personnel described a single-story, residential property, presenting with heavy smoke flowing from the windows and eaves.

All occupants had reportedly escaped the structure prior to MFRD arrival. An unknown-aged, female resident was evaluated, treated, and released at the scene for minor smoke inhalation.

Firefighters battled flames on the interior of the home for approximately 15 minutes before successfully extinguished all signs of fire. Crews forced heated smoke and toxic gases from the home with the use of positive-pressure ventilation (PPV).

No fire personnel were injured during the incident.

Cause of Origin Investigators continue to review the scene and investigate to determine a cause.

Additional details regarding the incident will be revealed as the investigation unfolds.