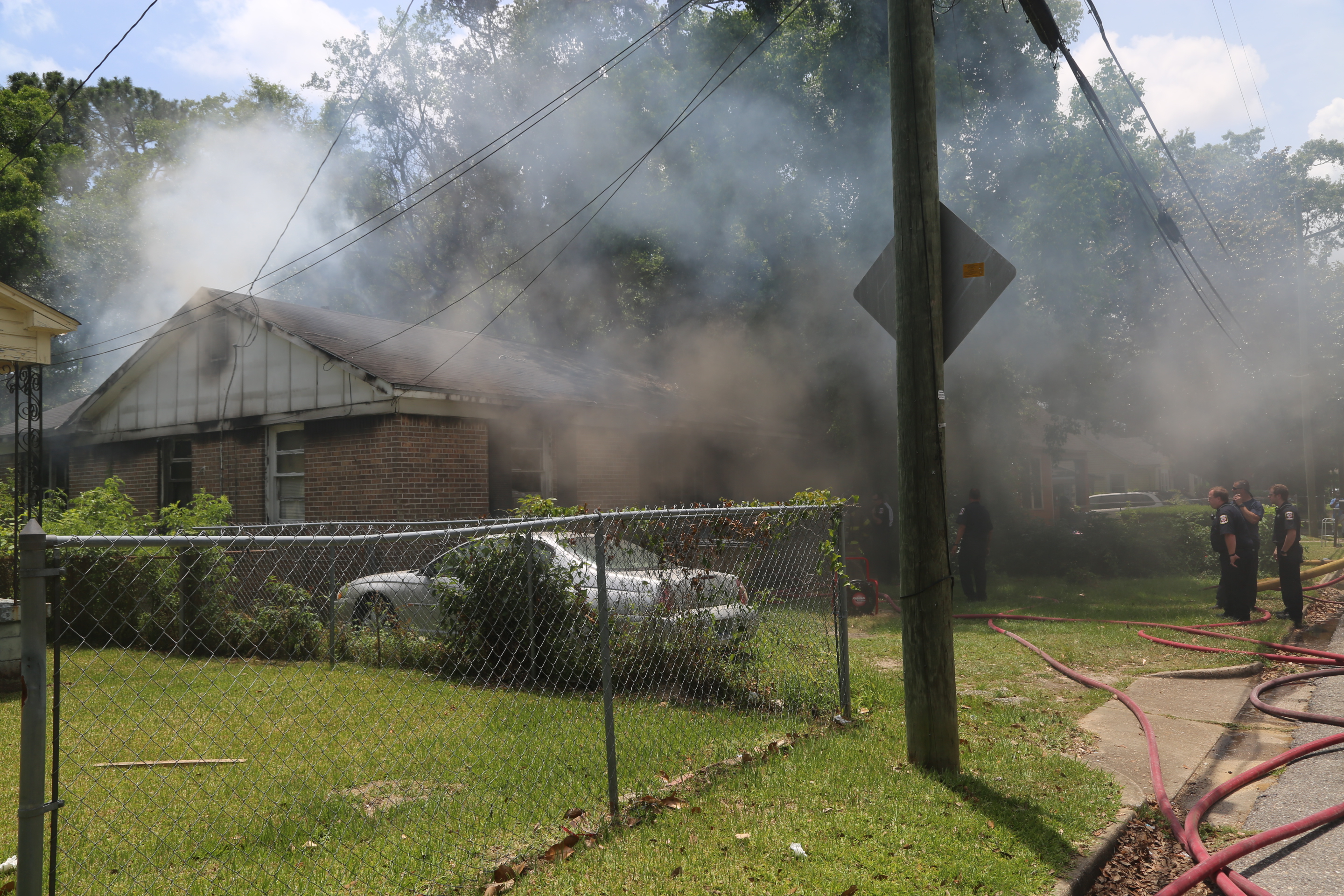 At approximately 13:00 hours, Mobile Fire-Rescue Department crews were dispatched to the 200 block of Oak Drive for reports of a home on fire in the area. Upon arrival on scene, fire personnel confirmed thick, grey smoke billowing from the roof and eaves of a single-story, brick veneer residence.

Fire scene operations were immediately established. Fire suppression teams extended a hose line and made entry through the front door to begin their initial fire attack. Search & rescue teams entered the residence in an effort to locate anyone who may have been trapped or injured.

Prior to MFRD arrival, 3 residents successfully evacuated the home without incident. No civilians were discovered inside the building at the time of the fire.

All sources of fire were successfully extinguished, and no injuries were reported from the scene.

The cause of the fire remains undetermined; however, Fire Investigators continue to review the scene and interview occupants and witnesses for further information.