The Mobile Fire-Rescue Department is pleased to announce Fire Service Captain Steven McEvoy as the December 2019 Firefighter of the Month. Captain Steven McEvoy began his career with Mobile Fire-Rescue in August 1998, promoting to the rank of Fire Service Captain in May of 2016. Since hiring on with MFRD, Captain McEvoy has gone above and beyond to ensure Mobile is a safer place to live, work, and play. Captain McEvoy’s nomination does not come as the result of any single incident; rather, his career and overall body of work in recent months proves him worthy of many honors and deserving of recognition.

Captain McEvoy has continued to educate himself in vital aspects of the job, going as far as to enroll and self-sponsor for a High Rise Operations Conference in order to be better prepared while assigned to protect structures in downtown Mobile. Recently, he also voluntarily attended specialized training in order to be certified to inspect all of the Department’s ladders, a service previously contracted annually to a 3rd-party servicer and paid from MFRD’s annual budget. McEvoy’s selfless act has, as a result, saved the City of Mobile thousands of dollars.

A 27-year Coast Guard veteran, Captain McEvoy recently devoted his time, assisting in the Public Safety Physical Fitness Testing for both Mobile Fire-Rescue Department and Mobile Police Department. He has also been instrumental in a large portion of the updates, renovations, and restorations to Central Fire Station. 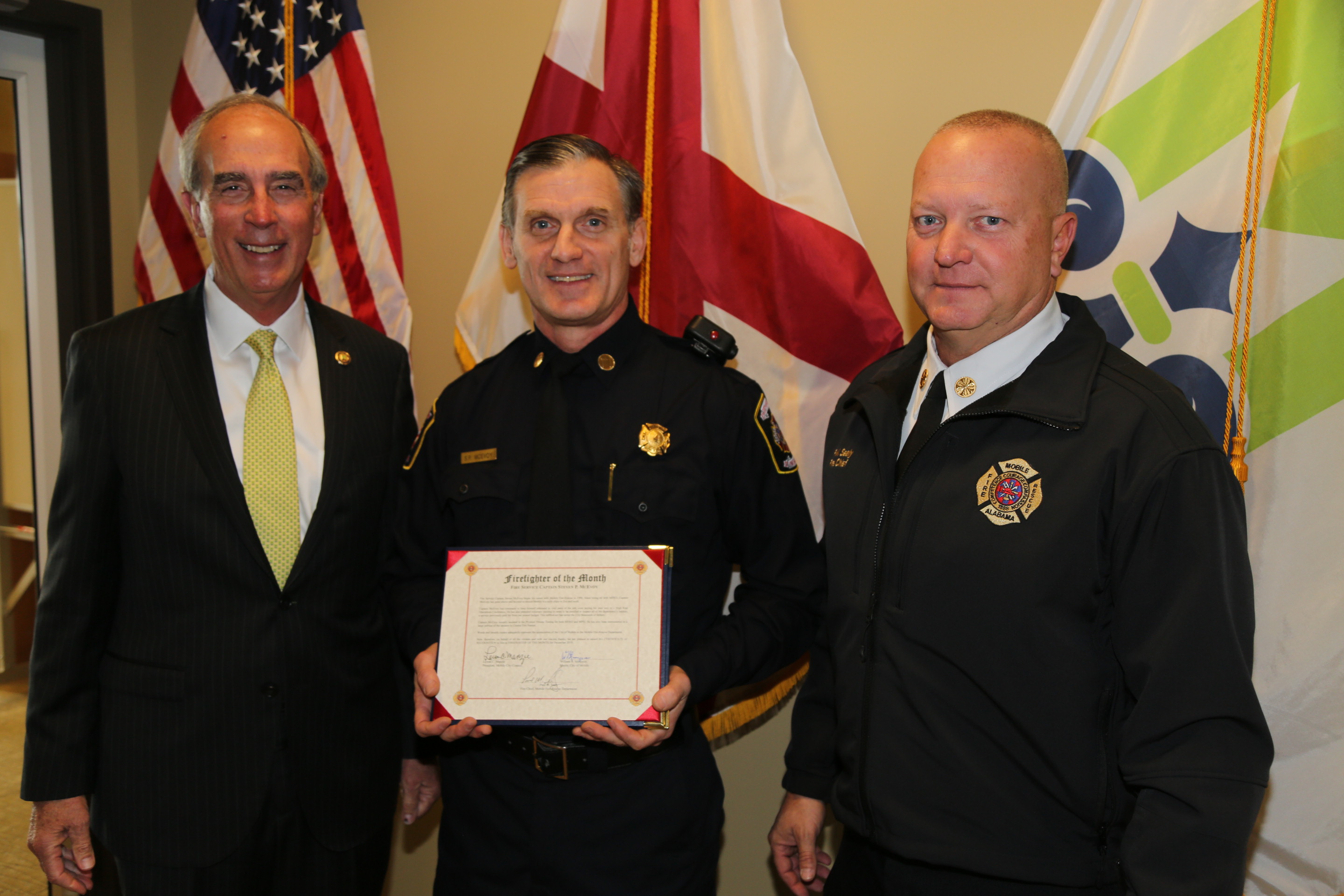 Words and awards cannot adequately represent the appreciation of the City of Mobile or the Mobile Fire-Rescue Department.

Captain McEvoy may be a 20-plus-year veteran, but he’s still as excited and passionate about the job as he was on his first day. Now, therefore, on behalf of all the citizens and with our sincere thanks, Fire Chief Mark Sealy and the Mobile Fire-Rescue Department are pleased to recognize Captain Steven P. McEvoy as FIREFIGHTER OF THE MONTH for Decemdber 2019.