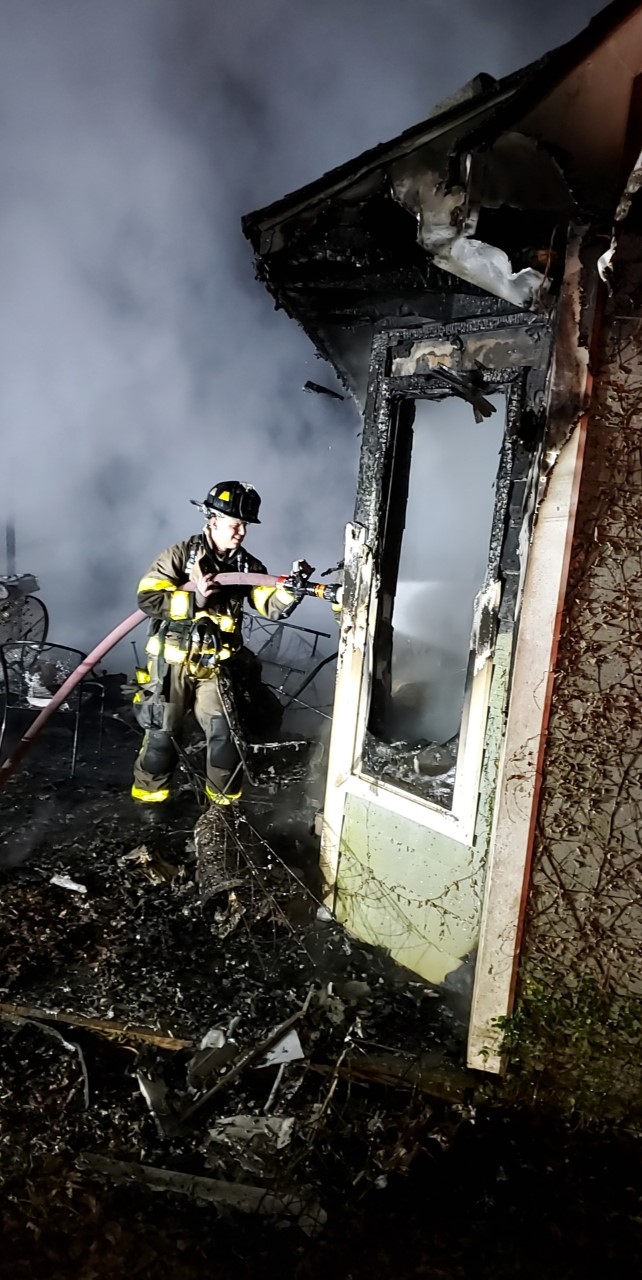 MOBILE, Ala. – At approximately 01:05 hours, Mobile Fire-Rescue Department crews were dispatched to the 2700 block of Hamilton Creek Dr S for reports of flames and smoke visible from a home in the area. Upon arrival on scene, fire personnel confirmed heavy flames rolling at the rear of a two-story residence.

All occupants safely evacuated the structure prior to MFRD arrival on scene. A large garage at the rear of the residence was discovered engulfed in flames. Fire quickly spread to the residence. Fire suppression teams connected to a nearby water supply source (hydrant).

Teams made entry into the home and began their initial attack on rolling flames. Additional teams fought back flames on the garage structure.

Search teams confirmed no civilians were inside the structure. After approximately 50-minutes, crews were able to fully extinguish all signs of flames. The home sustained moderate flame damage and extensive smoke damage, while the garage has been considered a total loss.

No firefighters were injured during the incident. Fire Investigators continue to investigate the scene in efforts to determine a cause.