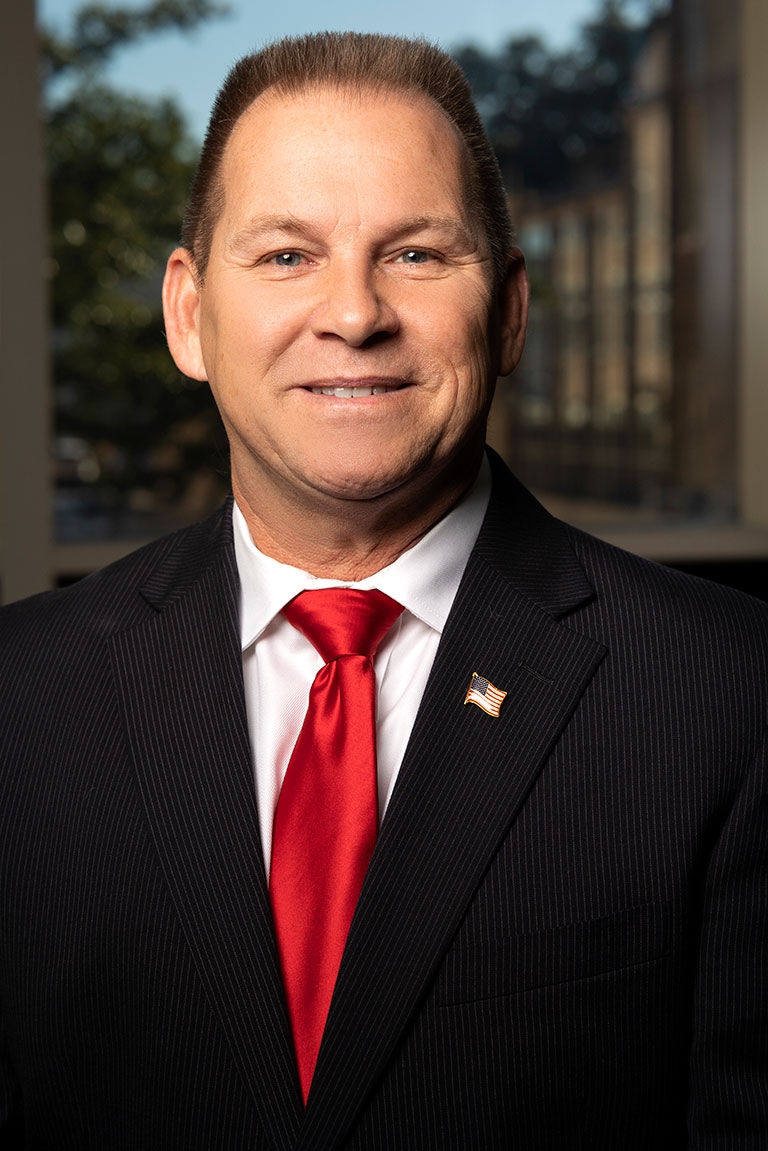 Scott Jones is a former Army officer, Apache Pilot, and combat veteran.  In 1978, Scott’s family moved to Mobile from Jacksonville, Florida. He is a 1983 graduate of Vigor High School.

Scott attended Mobile College (now the University of Mobile) for two years prior to enlisting in the Army in 1988. He spent two years in Berlin, Germany before returning to Mobile in 1990 to earn his commission as 2nd Lt. from the University of South Alabama.  After retiring from the military in 2014, Scott moved back to Mobile.

Scott continues to work for the defense industry as an analyst on aviation missile programs.  In 2021 he was elected to serve his district which lies in the western most part of the city.

Scott is married to the former Susan Gaston of Mobile.  They have four children, four grandchildren, two German Shepherds and two cats.