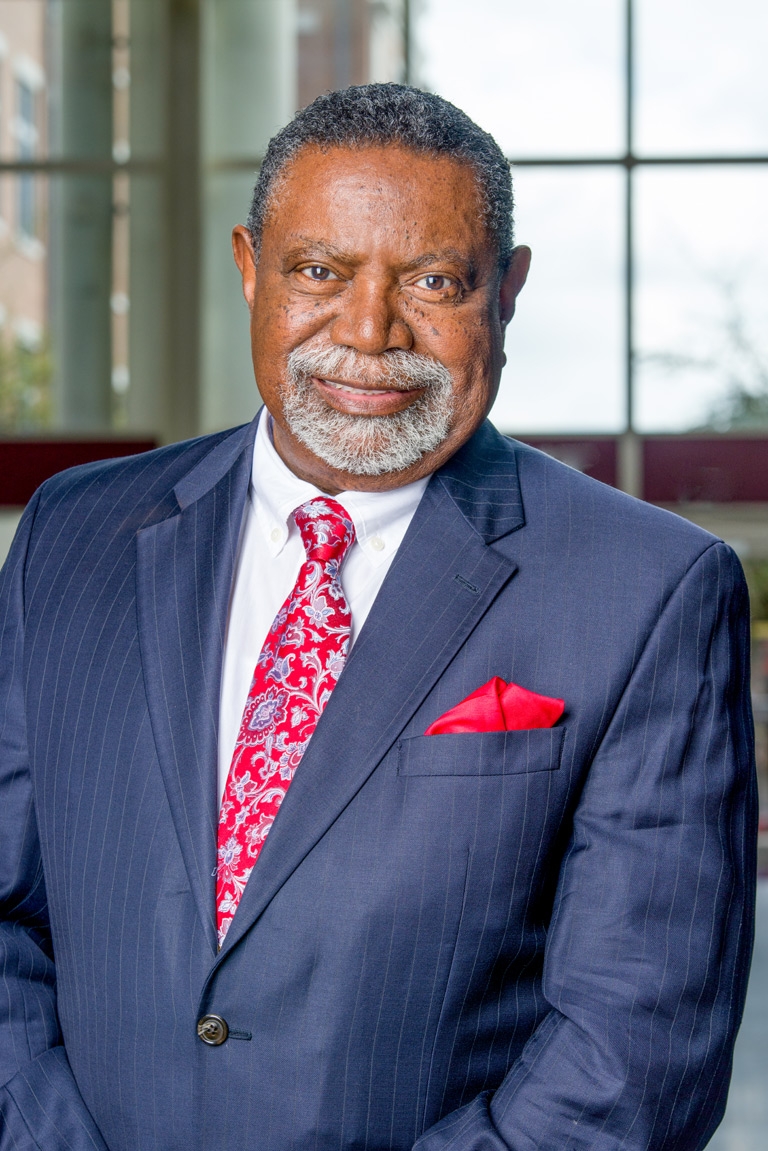 Fredrick D. Richardson, Jr. was born on September 4, 1939, in an obscure remote village called Nymph, in rural Conecuh County, Alabama, near Evergreen. He was 5th of 12 children born to his proud parents, Fredrick (Fred) and Helen Richardson. His father died when he was sixteen. He completed grade and high school in Conecuh County.

After completing high school in 1958, Richardson moved to Mobile, Alabama where his first job was that of a housekeeper at Mobile Infirmary Medical Center. Later, he passed the postal examination and was subsequently hired on May 16, 1961, at the Mobile Post Office as a substitute letter carrier. He moved up the ranks and retired in 1992 as Manager of Station and Branch operations, serving both the Loop and Bel Air Post Offices.

Having to work during the day, Richardson managed to further his education at night. He attended Carver State Vocational College, Bishop State Community College and the University of South Alabama, where he earned a B.A. Degree (1974) in Political Science and History. He did further study at the University of South Alabama towards a Master's Degree in history. He was also very active in the Neighborhood Organized Workers (NOW), a movement against injustice and exclusion of the 60's and 70's, in Mobile Alabama.

While working and attending school, Richardson found time to do research and write. His first book, THE GENESIS AND EXODUS OF NOW, was published in 1978. It documented social and political change in Mobile from 1965 to 1975, as a direct result of NOW. A second edition to that book was released in February of 1996.

His research on the Stone Street Baptist Church has been published in Hard-back, entitled: THE STONE STREET BAPTIST CHURCH, ALABAMA'S FIRST 1806-1982. That research led to the church being placed on the Alabama Historical Register and the National Register of Historical Places by the U.S. Department of Interior, as a national historical site. He has recently written a play that is now on national tour entitled, THE BIRTH OF A CHURCH, which dramatized the early beginning of Stone Street Baptist which organized in 1806. The world premier of this play took place before 2000 delegates attending the National Baptist Winter Conference in Nashville, Tennessee, on December 3, 1996. He has completed other books: TITHING, WHAT DOES GOD REQUIRE, which was published in 2001, IMPRINTS, TRACING TODAY'S BEHAVIOR TO PAST EVENTS and FROM NYMPH TO MOBILE AND BEYOND: THE IMPOSSIBLE DREAM that are all available at Amazon.com

Richardson is a member of the Stone Street Baptist Church where he serves as historian, Sunday school teacher, associate general superintendent of the Sunday school, and he is on the Board of Deacons. He was a member and past board chairman of the History Museum of Mobile; a past member of the Board of Zoning Adjustments; a member of the Executive Board of Mobile Tricentennial Inc.; a member of the Gulf Coast Emporium Museum of Science Board; and named Who is Who Among African Americans. He is National Coordinator for the National Coalition of Justice and Equality, a group that monitors criminal justice issues. He graduated from the 2003 class of prestigious Leadership Alabama, an organization that selects key leaders from around the state to examine pennant issues. The Rho Alpha and Zeta Kappa Chapters of Omega Psi Phi Fraternity named Richardson their 2014 Citizen Of The Year. Richardson was selected by Mobile Alumni Chapter of Kappa Alpha Psi Fraternity as their 2015 Citizen of the Year. On May 16, 2015, he received the John F. Kennedy Personal Courage Award from the Alabama Democratic Conference. On February 4, 2017, Virginia College presented Mr. Richardson a plaque for being the Key Note Speaker for graduation during their commencement program. He is a member of many other social and civic organizations.

He was awarded an honorary Bachelor of Applied Science degree from Remington College during their graduation on April 17, 2017. He was appointed by the National League of Cities (NLC) to its 2018 Transportation & Infrastructure Services (TIS) federal advocacy committee which has the lead responsibility for developing NLC’s federal policy positions on issues involving transportation, including planning, funding, safety and security of public transit, streets and highways, aviation, railroads and ports.

As a political scientist, historian, writer, playwright, author and lecturer, Richardson was appointed to the Mobile City Council in February of 1997 to fill the vacant District 1 Council seat left by Council Member Vivian Davis Figures who, after the death of her husband, ran and won his seat in the Alabama Senate. In August of 1997 Richardson ran on his own for a full four year term. Three others entered the race also. Richardson won the election by a whopping 70% landslide. He won again in August of 2001 by 73%. In the election of August of 2005 Richardson was in Rome, Italy on a trade mission because he had no opposition to his seat on the council.

On the Council, Richardson is chairman of the Public Services Committee where he focused on regulating the proliferation of above ground oil storage tanks near residential communities . He played an active role in reshaping the approach to criminal justice issues including implementing community policing, establishing entire neighborhoods a drug free zone, and establishing advisory groups that function at the precinct level. Richardson has focused on removing conditions that breed crime such as litter, junk, abandoned houses, weeds, and blight in general. Affordable housing, family oriented community centers, storm water retention, recreation for youths, jobs, education, economic development, training and all issues pertaining to illegal drugs are a part of Richardson's focus. His Beat by Beat, Street by Street and House by House model of representing the people has become standard in all council districts.

Richardson joined Mayor Michael C. Dow in leading a trade delegation to the People's Republic of China in 1998. He, Mayor Dow and Councilman Clinton L. Johnson attended the International Air Show in Paris, France. They also visited Cherbourg, France, where the Confederate Battleship, CSS ALABAMA was sunk by USS (United States Ship) Kearsarge on June 19, 1864. Richardson and Johnson attended the World Conference of Mayors in 1997. This Conference was held in ABUJA, Nigeria (West Africa). In November of 1999 Richardson and Johnson led another trade delegation to Buenos Aires, Argentina; Sao Paulo and Rio de Janeiro, Brazil. In 2005, he and Council Member Connie Hudson led a goodwill tour through Eastern Europe as well a trade mission through Italy as well as Paris.

His Pre-emptive Drug Free Zone Crime Fighting Initiative for Trinity Gardens Community is now the model for Community Policing throughout the City of Mobile. It received national attention when the National Crime Prevention Council voted his crime fighting model semi-finalists among several thousand nominations. On December 2, 2002 Richardson honored 100 District 1 Neighborhood Block Captains, in a reception held at the newly constructed Toulminville Library, for becoming a network of District 1 anticrime fighting community leaders.. He is the proud father of three children, Lawanda, Lisa and Fredrick III. He has two grandchildren, Crystal Womack and Maya Lawson.

Mobile, Ala –After several weeks of discussion and debate, the Mobile City Council passed an ordinance removing...